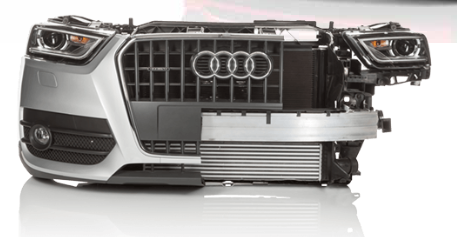 Troy’s HBPO plans to expand its North American operations due in part to a growing demand from electric- and autonomous-vehicle manufacturers. The company expects to add an assembly plant in Michigan and double employment in North America within the next four years.

The company has also increased production of plastic components by 50 percent with the addition of a third injection-molding press earlier this year at its assembly plant in Puebla, Mexico. It projects annual sales in North America will 70 percent to more than $1 billion over the next four years.

Mannino noted that a major portion of the company’s current product-development work in North America is focused on future electric- and autonomous-vehicle programs.

She said the company’s rapid growth in North America was based on the benefits achieved from outsourcing front-end assembly operations, including reductions in inventory investment from between $5 million-$7 million or more, a savings of 3,000-4,000 square feet in plant floor space with the elimination of five or more assembly-line work stations, reductions in warehouse space of up to 30,000 square feet or more, and the elimination up to 80 suppliers requiring direct supervision.