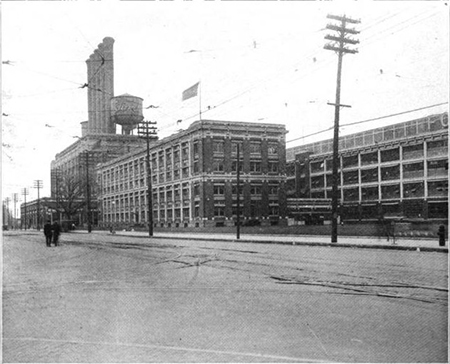 City officials from Hamtramck and Highland Park on Monday will begin surveying and assessing the scope of blight at more than 13,000 property parcels in both cities.

An application called Motor City Mapping, the same app used to survey properties in Detroit, will help the city leaders to understand the scope of blight in their communities and gain a regional understanding of the issues facing them, says Kathy Angerer, director of Community and Economic Development of Hamtramck.

Nearly 20 surveyors and several community member will gather property condition data for each individual parcel in both cities by taking photographs of each property, answering a series of questions, and inputting all information into the app. The Skillman Foundation and The Kresge Foundation are funding the project, with additional support from Loveland Technologies, Data Driven Detroit, and Rock Ventures.

“Each survey only takes minutes to complete, and includes questions such as ‘Is the property occupied?, Is there dumping?, and Is there fire damage?’,” says Lauren Hood, director of community engagement. “This application is going to revolutionize what the city is doing — making compiling and combating blight so much easier.” The information about each parcel will be publicly available through the Motor City Mapping dashboard to all interested parties, such as contractors, real estate agents, and developers.

Residents looking to take part in the Highland Park, Hamtramck, and ongoing Detroit surveys may download the Motor City Mapping application from Google Play and the Apple App Store, or visit timetoendblight.com.