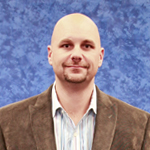 The biggest challenge for any business is finding new customers, and that’s been especially true in Michigan, as we have come through such difficult economic times. But many of our businesses, big and small, have found a way to keep growing, even when the local economy slows — by selling to new customers overseas. With more than 95 percent of potential buyers outside the United States, the need for strong exports has never been greater.

That’s why Michigan needs Congress to re-authorize the charter of the U.S. Export-Import Bank when it is brought up this month. At no cost to taxpayers, the bank supports hundreds of millions of dollars in Michigan exports each year by insuring or financing foreign sales by local businesses. (Lawmakers had planned to approve the charter before it expired in June, but it was delayed, and supporters expect it will be attached to a highway bill this month.) 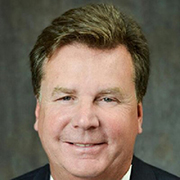 Just a handful of Congressional leaders are opposing the bank. At a time when members of both parties have pledged to create jobs, this makes no sense. A vote against Export-Import Bank is a vote to hand U.S. export sales to competitors overseas, outsourcing more jobs that Michigan cannot afford to lose.

The bank has been a cornerstone of U.S. trade policy since President Franklin Roosevelt. It helps companies — particularly small businesses, which account for nearly 90 percent of export-import transactions — negotiate the often-confusing world of international trade with its various laws, customs, and risks. The bank insures foreign sales for small businesses, helping them rest easy knowing they will be paid for their work. And it extends government financing for exports in rare cases when commercial credit isn’t available.

Without offering a single dime in subsidies, Export-Import Bank financing supported nearly $30 billion in U.S. exports last year, including more than $850 million from Michigan alone. Over the last six years, it has supported 1.3 million jobs across the country. And for aerospace businesses, the bank is especially critical. All transactions support approximately 50,000 aerospace jobs each year. With nearly 70 percent of U.S.-made commercial aircraft destined for the export market, no sector is as sensitive to the health of the overall export business.

Because of its large role in making U.S. aircraft exports possible, critics deride Export-Import as “Boeing’s Bank.” But anyone who’s ever worked in manufacturing understands that no business stands alone. Every Boeing aircraft contains the work of thousands of subcontractors, vendors, and suppliers — and all of these businesses stand or fall on the health of the U.S. export market.

Thanks to its cautious practices and rigorous oversight by the Congress, the bank actually runs a surplus — over half a billion dollars last year after paying all costs and losses. And by following rigid lending rules, the bank protects taxpayers from risk. Its default rate runs lower than one percent, and the bank reports to Congress quarterly on its risk. It’s obvious why members of both parties have supported the bank for decades. It helps the private sector create jobs while simultaneously reducing the deficit.

Critics complain the bank “picks winners and losers” in the marketplace, but foreign countries provide far more export financing at levels up to 10 times what the bank offers. Without Export-Import, the deck would actually be stacked drastically against U.S. companies trying to compete around the world. Shutting down the bank would be “picking losers” in the market, and the losers would be businesses here in Michigan who fight every day for overseas sales to help our economy grow.

Our elected officials in Washington should take a hard look at the facts: Michigan needs the Export-Import Bank.