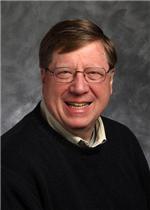 Will Wayne County become the next Detroit? Recent news about the county’s financial woes naturally begs for comparisons to Detroit’s recent experiences that included both an emergency manager and, eventually, the largest municipal bankruptcy in American history (Chapter 9).

The answer is likely “no.” While there might be a knee-jerk impulse to draw parallels, the two events fundamentally differ. Wayne County’s financial problems, while real, simply do not merit a nuclear option like Detroit.

The county’s annual budget approximates $1.5 billion per year, and its current accumulated deficit, effectively the amount that the county is in the “red,” totals $150 million. To put it into perspective, Detroit’s bankruptcy amounted to $16 billion — a far larger financial issue that Wayne County would ever expect to encounter.

On Aug. 6, the Wayne County Board of Commissioners decided to accept a consent plan with the state of Michigan. Importantly, this course of action was in lieu of heading towards bankruptcy or having an emergency manager put into place to run the daily county operations.

Wayne County’s financial problem is really the result of three major variables: overly generous promises made in the past, an institutionalized bureaucracy, and an unlucky demographics.

Wayne County has been overly generous in its past promises, including employee pension plans, but it’s not the only municipal entity facing these problems. The contracts between municipal officials and the employee unions over the past several decades have been unsustainably generous. It’s part of the same territory that caused confrontations over the past few years in Wisconsin between Gov. Scott Walker and the public employee unions.

Non-profit entities like counties generally do not endure the often-painful restructurings that private sector companies do during bad times. Over the past decade, the county has not significantly reduced its overall work force in spite of reduced tax revenue. This also contributed to creating the financial problem.

The past decade has been economically challenging to the state and particularly southeast Michigan. Between 2000 and 2010, Wayne County lost 240,000 inhabitants, equating to almost 12 percent of the population. Fewer people means lowered property values and equates to less tax revenue.

The reality is that the scale of Wayne County’s services will likely need to be cut back to some degree. However, cuts won’t necessarily be severe. The current post-bankruptcy annual budget for Detroit is $1.1 billion. The good news is that Wayne County looks to be able to operate above water by reducing its annual cost structure from $1.5 billion to somewhere between $1.3 billion and $1.4 billion.

Yes, it’s a lot of money, but on a relative scale about a 10 percent reduction in cost structure. That’s a smaller percentage than the most recent census population decline. In general, some county-sourced services will be negatively impacted, but it is unlikely that the cuts will be severe.

The residents and businesses in Wayne County won’t feel the impact much at all. The folks that will be most directly impacted will be the county’s employees. While it’s challenging to identify the total proportion of the county’s annual budget apportioned to wages and fringe benefits, it is likely payroll is the largest single cost. Consequently, payroll will be targeted first when trying to reduce the county’s cost structure. Wayne County declared a financial emergency to create a situation where it can renegotiate labor contracts. Over the next few weeks, we can expect that the state and county will begin to cooperate under the consent agreement terms to start the cost reduction process.

While the Wayne County story won’t garner the national headlines that Detroit did, people in the know nationally will be following this episode with great interest. Our nation’s economic history over the past two decades has been characterized by significant technological gains, coupled with significant economic expansions and contractions.

The recent 2008 recession is but the foremost example of the volatility that accompanies these external market forces. Private sector companies pursuing bottom line profits are often quick to react to market conditions by changing cost structures, including layoffs or compensation modifications, or embracing new and more efficient technologies.

Public sector entities don’t have the same incentives or mechanisms to readily react to the same economic forces. Michigan’s consent structure, which Wayne County has elected to follow, creates a means to accomplish the same objectives that private sector entities do out of necessity. If Wayne County comes out of this episode with a healthy and sustainable financial structure, look for other states to create a similar legal mechanism.

Wayne County’s financial woes are not a good thing. But it’s a problem that can be solved with achievable, common sense business solutions. This process, though it’s not fun, will get us there.

In the end, we’ll survive this episode just fine. And in the long run, Wayne County, like Detroit, holds the promise of better times ahead.

John Moore is a professor of accounting, finance, and economics at Walsh College.