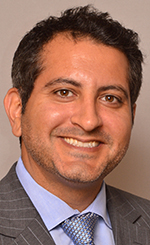 At first blush, it seems as if the EB-5 program — which allows foreign investors to invest $500,000 or $1 million in a U.S.-based project or business that creates at least 10 full-time jobs in exchange for a green card — was designed for Detroit and some of Michigan’s other industrial cities that have experienced a downturn in recent years.

However, since the program’s inception in the early 1990s, and even during the program’s sudden rise in popularity since the financial crisis of 2008, EB-5 activity in Detroit and Michigan has been virtually nonexistent.

Other states such as Florida, New York, and Texas have reaped the benefits of the EB-5 program. California alone has more than 120 regional centers. Millions of investment dollars have poured into these states and thousands of jobs have been created for their residents.

The impacts of EB-5 investors’ capital should increase in Michigan with the recent establishment of the State of Michigan EB-5 Regional Center, which is run by the Michigan State Housing Development Authority. The state already has 10 other approved regional centers according to the United States Citizenship and Immigration Services (USCIS), but representatives of the state’s regional center assert that EB-5 activity in the state is relatively minimal. So why could the state-operated regional center be the catalyst to bringing more foreign capital?

“Were it not for the EB-5 Program and the equity funding it provided, the economic development that has so helped northern Vermont would not have happened,” says Bill Stenger, president of the four-season resort. “Our cooperative efforts with the state of Vermont have been a cornerstone of Jay Peak’s success. We have welcomed 600 investors from 74 countries and created thousands of jobs in our rural community. It has been a win for all involved.”

Secondly, but just as important as heeding the state of Vermont’s paradigm, it appears the leaders of Michigan’s state-run venture recognize the differences between the two states, and the need to play to Michigan’s own strengths. Urban areas, mixed-use developments, hotels, and manufacturing projects should all benefit from Michigan’s EB-5 fundraising efforts. Do not expect Michigan’s regional center to veer from the state’s wheelhouse.

The fact that the regional center is run by the state and works in conjunction with other government agencies will enable Michigan to think about the long run in regards to its EB-5 activity. Too often, regional centers are created for the sole purpose of acting as a conduit for a single project, not solely created for economic stimulation in the local community. The state-run regional center can ensure that its projects work in concert with each other as strategic economic growth plan for Detroit and the state.

The makeup of Michigan may also make it a pioneer of sorts in the EB-5 world and enable the state to inject itself with investment capital. Just as Michigan lay dormant with regard to EB-5, so has the Middle East, in proportion to other global areas. Metro Detroit, however, is home to the largest concentrated population of Arab Americans in the United States.

Representatives of the State of Michigan’s EB-5 Regional Center, including prominent businessman and Lebanese immigrant Moose Scheib, have made several trips to the Middle East to gauge interest in the EB-5 program and what they found is not surprising. There is a lot of interest, but also a fair amount of skepticism. The state’s regional center, however, has two things going for it, and the first is familiarity. Due to its large Arab-American population, residents of the Middle East may be more familiar with metro Detroit and sometimes have a friend or relative living in Michigan.

The second advantage that the regional center has is that it is government-run. According to Scheib in an interview with EB5 Investors Magazine, “a large reason for skepticism on the part of potential investors is a lack of trust with regard to privately-run operations.”

The indirect connection to the Middle East may help with EB-5 investment. It is nice to have millions of investment dollars flowing into your state, but it is even better when the investors behind those dollars chose to reside in your backyard where they buy homes, start businesses, and pay state and local taxes. Michigan also plans on targeting foreign students, many who come from affluent families and attend one of the state’s numerous universities.

This level of planning and creativity may result in dividends for the Michigan and metro Detroit, bringing much needed jobs and economic stimulus to the region.

Ali Jahangiri is the CEO and founder of EB5 Investors Magazine and eb5investors.com.