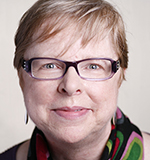 As I anticipate signing up for health insurance on the government health exchange, I’m also feeling a little wistful.

Since my COBRA ended almost three years ago, I’ve chosen to pay cash for doctor visits, tests, and prescription medications. And I’ve found that I actually like this unusual kind of shopping.

I found a good discount prescription program at Costco and discovered that the medications I need are generally offered in a relatively cheap generic version. The manufacturer of the pricy nasal spray for my allergies offered a coupon for a hefty discount. And after using healthcarebluebook.com, I decided to forgo a $5,000 procedure performed in a hospital’s offsite center and instead paid about $1,000 by having it done in a doctor’s office.

If something major had cropped up, I might have been in trouble. But it didn’t, and fate, bolstered by a healthy lifestyle, was in my favor.

Being a private-pay health care consumer is a lot like the dealings I have with editors who contract me for writing services. I surprised myself four years ago when I ventured into the world of freelancing and had absolutely no problem talking about my fees. Telling an editor what rate I am able — or unable — to work for has turned out to be very doable for me, even a bit empowering.

Call it cold, hard reality: I’ve got to make money to pay my bills and pay for a concert ticket here and there. And if the money offered by an editor is too low, I can’t pay those bills or see Bonnie Raitt or Herbie Hancock when they come to town.

It’s the same with health care: If I can save $4,000 by doing some homework, why would I have trouble making those arrangements with a hospital or doctor’s office? Or asking for a discount if I paid cash, which I have done. Or asking a doctor to “down code” a visit so it would be cheaper, which I’ve also done.

I even considered starting a blog called “Uninsured by Choice,” but felt it was a little too uppity and fate-tempting.

So, yes, I enjoy it. It feels good to be in greater control when I’m out in the health care marketplace. After I’m covered under the workings of the Affordable Care Act, I wonder if I’ll continue to be that fastidious when someone else is paying most of the bills.

Now, about those new deductibles and co-pays…

Ilene Wolff, based in Royal Oak, writes for a wide variety of magazines, custom publications, and business clients.