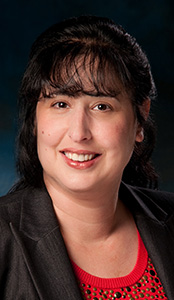 It’s been a mixed bag this year for approval of online gaming. After three states forged ahead and legalized online gaming last year, it seemed like the idea was right for the times and gaining momentum. But not so much in Michigan. The state legislature is exploring a number of gaming-related initiatives, including online gaming. But legislation to bring online gambling has yet to be introduced, and nothing is expected until at least next year.

Legislators in at least nine other states have introduced bills that would legalize Internet gaming. All of them are dreaming, no doubt, of the potential tax windfall generated by the $3.5 billion in annual revenue Morgan Stanley predicts for the segment by 2017.

They attribute the sluggish growth of Internet gaming to several factors, including lack of awareness among consumers; technical glitches with the software; players still getting used to the various systems; problems with credit card acceptance; and continuing competition from illegal/offshore gaming sites.

Political and Industry Division on Rise

While a number of states continue to move toward legalization and operators attempt to build a robust market of Internet gamblers, bigger news is being made by heavyweight advocacy groups and individuals on both sides as they take the debate to the next level.

In a development that surprised many industry observers, legislation was recently introduced in the U.S. House and Senate that would ban most forms of online gaming in the U.S. The initiative is being backed by the Coalition to Stop Internet Gambling, a group largely bankrolled by casino magnate Sheldon Adelson and co-chaired by former New York Gov. George Pataki.

Adelson, CEO of the Las Vegas Sands Corp., says he opposes online gaming on moral grounds because it would victimize those most vulnerable and undermine the industry’s traditional and very successful business model. The legislation has some bipartisan support, including Sens. Lindsay Graham (R-S.C.) and Diane Feinstein (D-Calif.).

The bill has also been endorsed by Republican governors Nikki Haley of South Carolina, Bobby Jindahl of Louisiana, and Rick Perry of Texas. As a major GOP donor in an election year, Adelson is likely to find additional support for his cause from some of his many political beneficiaries.

Adelson’s strong opposition to online gaming might seem counterintuitive and polarizing to an industry that’s been on a roll for decades. Gaming industry observers say the bill isn’t likely to pass. In fact, many compare it to the ill-conceived prohibition of alcohol a century ago.

But, Adelson is known for unwavering commitment to his causes. He may not be able to get a federal law banning online gaming, but his influence and large political contributions could shape the debate if nothing else.

On the other side of the issue, there are also strong proponents. The Coalition of Consumer and Online Protection says that an all-out ban on Internet gaming would threaten the rights of states, restrict Internet freedom, and enable illegal gaming at offshore sites to continue unregulated and untaxed. Other supporters include gaming giants MGM Resorts and Caesars Entertainment, which have made substantial investments in online divisions. In addition, the National Governors Association opposes any federal ban.

In another surprising move, the American Gaming Association recently announced that it will cease its advocacy and lobbying efforts on behalf of legalizing online gaming. Until now, the AGA had been leading the way for Internet gaming proponents. According to AGA CEO Geoff Freeman, with his membership divided, the issue has become one that the “association cannot lead on.”

Clearly, the battle lines have been drawn and the issue will command more attention than ever. It doesn’t seem likely that Adelson’s money and big-time endorsements will be able to do anything but slow the momentum for the legalization of online gaming.

Even if your wager can’t be made online, it’s a safe bet that the coming debate over online gaming — in Michigan and elsewhere — will get longer, louder, and more contentious.

Kim Stein is a partner with Howard and Howard in Royal Oak. She previously worked in the gaming industry for 15 years and focuses her practice on securities law, gaming law, intellectual property, and litigation.