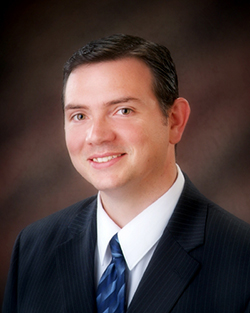 The new “quickie election” rules approved by the National Labor Relations Board last year that will provide unions with a more streamlined path to unionize employees will take effect on Tuesday. Currently, the NLRB has a target of holding elections within 42 days from the date a union files a petition for an election, however, the new rules could shorten that period to as few as 14 to 15 days. Also, many of the procedural safeguards in the current rules will be significantly changed, delayed until after the election, or eliminated altogether.

Questions of who is or isn’t eligible to vote may not be answered until after the election is over, if decided at all. Employers will be forced to raise any issues or objections they may have relating to an upcoming election by filing a position statement with the NLRB almost immediately upon receipt of the petition. If the employer does not do so, the objections could be forever waived. The new rules also will require employers provide employee email addresses and phone numbers to the union.

On its face, the new rules may seem like only a slight change made to reflect improvements in technology and an attempt to quell unnecessary litigation. The practical result is something altogether different. This change will provide unions with an instant advantage allowing them to spend fewer resources on individual elections before moving on to the next campaign.

There’s an old rule of thumb that the strongest point of a union campaign is the day the union files its petition for election. That is because, generally speaking, before a petition is filed, the union has unlimited time to discuss its perspective, its view of the issues, and its plans with employees without any response and usually without any knowledge from the employer.

However, once an election petition is filed, that discussion obviously becomes less one sided. Previously, employers use that time period (approximately 42 days) to talk with their employees and provide them with a broader perspective. Most employers use the opportunity to correct any employee misunderstandings, respond to positions that are contrary to fact, and provide employees with the legal reality of the union relationship before employees are required to cast a ballot for or against the union. Under the new rules, with only 14 to15 days to communicate with their employees, the opportunity for employers to respond and provide employees with a balanced view is substantially reduced (if not practically eliminated altogether).

The quickie election rules are being implemented in conjunction with several other significant changes. Based on recent NLRB decisions, unions now have the ability to potentially hold elections with a smaller group of employees than what was previously allowed. These tailored groups are commonly referred to as “micro-units.” Unions can now potentially target a specific and small, disgruntled group of employees to organize.

Another important change is the NLRB’s focus on determining who is and who isn’t an employee (versus independent contractor or subcontractor) and who is and who isn’t an employer (is the McDonald’s corporation as franchisor the employer or the individual McDonald’s store as franchisee?)  The answer to these questions could also provide unions with a greater ability to organize employees when the quickie election rules take effect on Tuesday. The election period is limited. Employer response time is limited. The number of procedural obstacles is eliminated.

Employers must take these new changes seriously, and should assess who their supervisors are, engage in effective and positive communications with employees, review their handbooks and work rules to ensure they are consistent with their practices and reality, and identify potential workforce issues occurring while implementing strategies to address those issues. There will be no time to do so after the union files a petition for a union election.

Cliff Hammond is an attorney at Nemeth Law in Detroit.