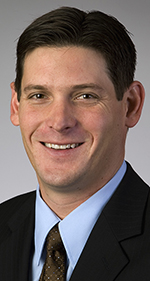 They are distinctive summertime sounds: “Turkey in the Straw,” “Camptown Races,” and “The Entertainer” playing on endless repeat by neighborhood ice cream trucks. What’s not so commonly known about this combination of folk, minstrel, and ragtime music is those tunes are registered trademarks. But it’s not the only unconventional trademark in the marketplace.

The new Budweiser bowtie can, designed to pay homage to the label’s red bowtie, has a recent trademark application pending, along with a “two-toned sound” that is reminiscent of a beer can opening, also pending trademark approval on behalf of Anheuser-Busch.

This shift to a digital, knowledge-based economy is expanding the universe of what has traditionally been trademarked, such as words, slogans, and designs. These funky trademarks are the wild west of the marketplace, and companies that recognize such unusual creations as “trademarkable” are ahead of the game in developing brand recognition and protecting their intellectual property assets.

The popular songs heard blaring from ice cream trucks as they make their rounds are registered tradmarks of Breville, an Austria-based company that manufactures small kitchen appliances, including an ice cream maker that plays the songs as it churns the ice cream.

The strongest trademarks are those that are highly distinctive, such as coined terms (e.g., Kodak or Exxon) and arbitrary designations (Apple for computers). Exploiting all of the human senses only furthers the ability to create new trademarks that grab and retain consumer’s attention. While some non-traditional marks have been around for many years (think of the NBC chime, the shape of the Coca-Cola bottle, or the color brown for UPS), non-traditional marks are being adopted in the marketplace at an increasing rate.

For example, the Barclays Center in Brooklyn recently reportedly circulated a distinct scent through its building during a Brooklyn Nets playoff game. While fans had both positive and negative responses, it seems clear the scent left a notable impression. If used consistently, Barclays could claim a scent trademark for arena services or sporting events.

Non-traditional trademarks have even found their way into recipes such as s’mores. The shape of the Hershey chocolate bar is now subject to federal trademark protection, as is the slogan, The Offical Chocolate of S’mores (registered trademark of Hershey Chocolate & Confectionery Corporation).

It seems the only thing that limits what is “trademarkable” is our senses.