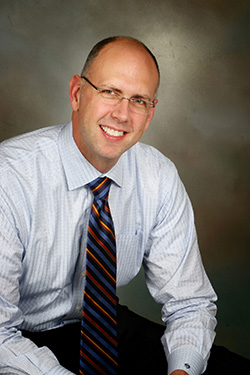 In light of this week’s ruling, the FCC showed that they are serious about maintaining net neutrality. On Wednesday, the FCC announced it would fine AT&T a record $100 million over the company’s “unlimited” mobile data plan. It turns out, AT&T’s “unlimited” data was only “unlimited data until you use 5GB.” After that, it appears that AT&T was slowing data speeds way down.

While AT&T identified this practice as a legitimate and reasonable way to manage network resources for the benefit of all customers, it stated the FCC has known for years that all of the major carriers manipulate speed. That’s a troubling signal.

We simply cannot have gamesmanship and clever marketing that results in the diminishing services that we count on to run critical operations.

This connects directly to net neutrality (the idea that all traffic on the Internet is created equal). Part of it also requires companies to be transparent with customers.

However, this points to a much greater issue: The need for maintaining net neutrality.

Back in late February, the FCC voted to approve new rules to regulate the Internet. The ruling doesn’t change the status quo, but rather maintains a level playing field for businesses. This ruling allowed businesses and entrepreneurs, regardless of political persuasion, a huge sigh of relief.

This ruling essentially protects the openness of the Internet and prevents large broadband providers from creating “fast and slow lanes” of Internet traffic that would ultimately impact every business and consumer (the very reason AT&T was fined).

One may wonder why companies like Verizon, Comcast, AT&T, and Time Warner would want to create fast and slow lanes over their own broadband circuits. The answer is simple — more profit.

Today, the Internet is open. Every piece of content has the same chance to be transported over the Internet at the same speed as the next. By purposely creating faster and slower lanes for the data to pass through (called “throttling”), however, broadband providers created the opportunity for more revenue for themselves by charging a premium to companies who want their content to be delivered faster than other content providers.

Think of the multiple lanes of I-75 traffic running in and out of downtown Detroit as a broadband circuit, and the cars are pieces of data coming from various content providers. Should cars only be allowed in the fast lane if they pay extra to use the highway? Or should all cars have the same chance of getting to where they’re going?

Broadband circuits, whether cable, DSL, T1, or Fiber Ethernet, are paid for by businesses and homeowners. They signed up for a certain overall bandwidth speed. Why should large broadband providers be deciding which information is going to be delivered faster to those businesses simply because they can make more profit for themselves with paid prioritization?

Without this recent FCC ruling, bidding wars between large content providers like YouTube, Amazon, and Netflix would be right around the corner, and their increased costs would ultimately be passed on to businesses and consumers.

It would mean that smaller companies — which may provide great content, but have smaller budgets — would be at a significant disadvantage. As a hypothetical example, imagine if IBM were allowed to pay for bandwidth prioritization. A Detroit-based IT company competing for the attention of the same clients may find that their website content is delivered more slowly than IBM’s. Likewise, IBM, which offers portal access for their clients, could use their bandwidth prioritization (faster lane speeds) as a selling advantage over smaller firms that cannot bid as high.

Large broadband providers are mostly opposed to the new ruling, citing the additional regulation as limiting innovative ways to manage their business strategies. This position is understandable since these corporations are responsible to their shareholders to maximize profits within the letter of the law. Net Neutrality, though, is the new letter of the law and makes throttling and paid prioritization against the rules.

The FCC made this ruling behind closed doors. I will leave the question as to whether there should be more transparency to political discussions. Net neutrality keeps the Internet open and protects companies from having to pay extra for their content to be delivered. No throttling of speeds and no paid prioritization is good for the state of Michigan, the United States, and for the global economy.