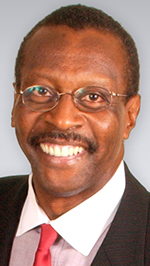 In February 1994, something weighed heavily on my mind. Namely, I watched the temporary casino in Windsor being built from my riverfront window, and I read about the proposed off-reservation Indian casino to be built in Greektown. The only problem was that the Canadians made it illegal to hire Americans, and the Indian proposal required Indians to be hired first. This left Detroiters with only one role to play: To bring in their money. I was not happy about this.

I got started by writing the petition for the Riverboat Casino Initiative, which provided Detroit with 55 percent of the casino revenue tax. We would use that money for community development, public safety, anti-gang and youth development, and senior citizens’ support. The next day I printed out some copies and started getting signatures. I will never forget the first signature: It was Coleman A. Young.

I collected several hundred signatures that day before I decided to get legal assurance that my petition was legal; that’s when I got the bad news. My font size was wrong, the language was not quite right, and the petition was not pre-approved by the county clerk. Furthermore, it could take quite a bit of precious time to get the clerk’s approval. I only had 13 days left before the March 15 deadline.

A young lawyer, Taylor Segue, quickly tightened up the petition. We decided to go forward without pre-approval from the county clerk. For the next few days, I hired everyone I could to get signatures. Most of those gathering signatures lasted a day and quit. They did not have the thick skin to accept rejection or being cursed at by people upset about the idea of a casino. I was collecting signatures for almost 18 hours a day, but by March 8, I had a grim reality check: I had only 2,200 signatures and, for sure, I was not going to get 5,500 more signatures within a week from the crowd I had helping me. What was I to do?

This is when history happened.

At about 1:30 p.m., a man in an old suit came up to me and asked if I needed help. I asked him if he was a registered voter. He said he was, but he did not have his voter registration card in his possession.

I told him to stay close, and I hired him to work handling the west entrance of the City-County Building, now the Coleman A. Young Municipal Center, as I handled the north entrance. We worked for several hours, and at the end of the day he made $65. He then admitted that he was homeless, and that he was going to get a good night’s sleep and a great bath for a change. He asked if he could bring along a friend or two tomorrow. The answer was a resounding, “Yes!”

The next day, he brought two other men. The only problem was that they were not prepared to approach the public. They smelled and needed new clothing. I took them to National Dry Goods on 12th Street and bought them decent clothes. The manager saw what I was doing and whispered something in the cashier’s ear. She then took 50 percent off the price; I nodded in appreciation. That day, we collected more than 50 pages or 1,000 signatures. I was beginning to feel better.

The following day I hired another six homeless people and went through the same procedure. I was now collecting about 100 petitions, equivalent to 2,000 signatures, per day. I soon learned how resilient the homeless could be. I recall one guy, somehow, did not get paid for his work. When I got home and stepped off the elevator on the 29th floor of Riverfront Towers, I was shocked to see him asleep at my front door. He somehow figured out where I lived and got through all types of security to get paid.

At 3:30 p.m. on March 15, I headed downtown to turn in more than 14,000 signatures — enough to quash any recount and qualify the Riverboat Casino Initiative for a place on the August ballot and a place in history. I could not have done this without help from the homeless. They delivered the signatures that created the casinos.

Herbert J. Strather is the chairman of Strather and Associates, a real estate development and investment firm in Detroit.