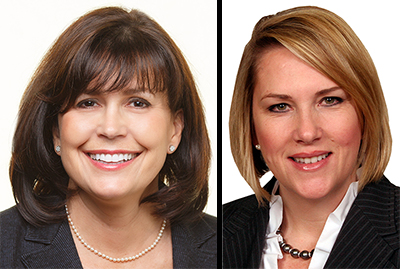 In 2012, women held 16.6 percent of board seats at Fortune 500 companies. In a little over a year’s time that number had barely budged, increasing to 16.9 percent.

In Michigan, men continue to dominate boardrooms, holding 88 percent (752 out of 850) of board seats at the top 100 public companies, according to the biennial Michigan Women’s Leadership Index from the Inforum Center for Leadership in Michigan.

That percentage has remained relatively flat over the past decade, varying by just 2 percentage points since 2003. Although moving in a positive direction, the current rate of increase in women’s representation — with all things being equal — would require 170 years to achieve boardroom gender parity.

As a result of increased dialogue and media attention, board diversity is top of mind more now than ever before. This is creating opportunities for women contemplating board membership.

Currently, both of us serve on a number of boards and encourage other women at KPMG to do the same because having diverse perspectives is good business. Why? First, businesses are operating in a volatile global marketplace amid increasing regulation, disruptive technologies, and economic and political uncertainty.

In the face of such challenges, boards are under immense pressure to ensure the appropriate governance and management of the organization — and top companies realize that having diverse board members and perspectives is a critical component.

According to studies by Catalyst and McKinsey Consulting, companies with more female directors rank higher on a number of performance measures.

Taking steps like these will help the number of female directors to grow. And Michigan businesses will be stronger as a result.

Kathy Hopinkah Hannan is the national managing partner for diversity and corporate responsibility for KPMG LLP and serves as national board president of Girl Scouts of the USA, among a number of other boards.

Heather Paquette is the managing partner for the Detroit office of KPMG and serves as a director on a number of local boards in Detroit, including the Inforum Center for Leadership.