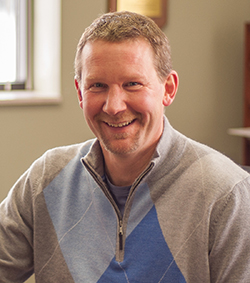 Gov. Rick Snyder, instead of asking the state legislature to come up with a plan as he’s done in the past, has appealed to voters in the state to approve a 1 percent hike in the state sales tax coupled with concurrent actions that would raise $1.2 billion needed to start to get Michigan’s roads back in shape.

There’s nobody in Michigan who’s satisfied with the condition of the state’s roads and bridges. For the state that’s recognized as the auto leader in the nation, to rank last in the country for infrastructure spending is a real embarrassment. Michigan’s infrastructure has been crumbling and ignored for a decade or more. Band-Aids have been used where concrete and steel should have been applied.

Nearly 50 percent of the roads in the state have been listed as “mediocre,” and worse yet, 28 percent of the bridges are rated “inferior.” Replacing the infrastructure would cost 10 times more than simply repairing and maintaining it. With the economic problems of the past decade, other priorities have prevailed and now it’s time to bite the bullet, raise the funds, and do the job.

Fixing the roads and rebuilding the state’s infrastructure will have an enormously positive impact in a number of areas. Safety should be the top consideration. Fixing Michigan’s roads would save lives and reduce accidents and injuries. It would also reduce consumer and business costs in vehicle repairs.

The second consideration is jobs. Business Leaders for Michigan estimates that 15,000 well-paying jobs would be created if the proposed road-building plan is approved.

The third issue is tourism. It’s the state’s second biggest industry, and the poor condition of the roads is a detriment to continuing the huge advances the Pure Michigan campaign has made as a tourist destination. Who wants to go on vacation and have their car or minivan swallowed by a pothole?

Better roads will contribute immeasurably to the overall economic health of the state. However, getting voter approval on a very visible and somewhat controversial 1 percent sales tax will not be easy. The state legislature already punted the issue to the voters because they didn’t want to take it on themselves. That’s why it will be on the May 5 ballot. But the increase merely puts Michigan on par with our neighboring states. Indiana already has a 7 percent sales tax. Ohio is at about 7 percent, and Illinois tops out around 8 percent.

As engineers, constructors, architects, and contractors, we owe it to ourselves and to the governor to get solidly behind his effort to get the sales tax passed and the roadwork done. It’s obviously in our own best interest to do so. But it’s equally in the state’s best interest. The vote is on May 5.

Mark Smolinski is a principal at Tory-based G2 Consulting Group, a geotechnical, geoenvironmental, and construction-engineering firm.