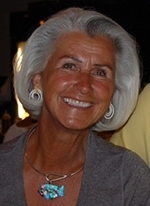 As the patrons lined the fairways and greens at the most recent Augusta National’s Masters Championship, there seemed to be no indication of anything amiss in the golf world. However, in the real world, where non-pro golfers go out for their weekend and league play, it’s no secret that golf’s dwindling numbers are a concern to the industry.

What to do about it is another matter.

For decades, the women’s golf market has been underserved and virtually ignored. When that happens to a group made up of millions of female golfers, they take their clubs, tees, and golf balls and go home, and find something else to do. And they have.

Every year, nearly 50 percent of all new golfers are women, a figure that hasn’t changed much over the last 25 years. Yet, the number of women golfers in the nation has steadily declined from about 30 percent to 20 percent of all golfers. So many women take the difficult steps necessary to try and learn the game but after a year or two, 75 percent abandon their efforts.

For any business owner or executive, these results would be totally unacceptable. Yet the golf industry has not succeeded in turning those statistics around despite many grow-the-game efforts over the last decade or so.

Other industries have stumbled, but realized the need to change. Most notably, the automobile industry experienced a resurgence of sorts when savvy marketing executives figured out how to appeal to women who not only buy their own cars but also influence buying decisions for their family. After all, what man is going to purchase a car his wife hates? Numerous design features have been added to cars, with selling techniques mastered to make sure that 75 percent of those women who come into the dealership with buying power in hand don’t walk away disappointed and disillusioned.

So why is this lost on the fairways? The male-dominated golf industry still has not successfully examined nor identified fundamental flaws within its own ranks, resorts, facilities, and marketing lapses that continue to drive women away. Quite often men do not recognize problems exist because they’ve never viewed the issues from a woman’s perspective.

So, if you are a man with even a passing interest in the game and its demise — and are still reading this — you might ask ‘why would I care about listening to a bunch of women golfers?’ The answer is that women — if approached correctly — will likely be the major key to resurgence in the game; and this bodes well for any golfer.