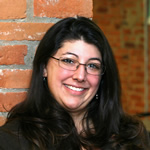 It’s amazing how small changes can lead to big opportunities.

As a result, the power of the crowdfunding movement can be paired with the juggernaut of opportunities through the entrepreneurship movement to local communities — at least, in Michigan.

This legislation does more than that though; it shows how a state can come together and almost unanimously pass legislation that gets signed by the governor in less than four months. Not only that, it set a precedent for the rest of the states who are actively discussing this, including Washington, North Carolina, and Maine. Michigan is the first state to have created an intrastate exemption with this high of a limit at $10,000. Other states have done it through executive order or have limits set at $2,500, or both.

Beyond the excitement of MILE passing so quickly, the ecosystem has more barriers to break down. One big one is what’s called liquidity, or the ability for people to get out of these local investments and back into cash fast — like they can with publicly traded companies. Liquidity can be created by having some central locations for people to sell their stock to another investor in the community; in other words, a local stock exchange.

Now let’s introduce House Bill 5273, which creates the registration and oversight requirements for local stock exchanges, paving the way for communities to start working on exchange businesses in Michigan.

While local exchanges have been discussed in all of the local investing circles over the last five years, there has only been traction in a few cases. Right now the California Stock Xchange (CalEx) is up and running. The Lancaster Stock Exchange (LanX) was operationally in 2012 but appears to have gone dormant since then. Toronto, while not in the U.S., has launched the Social Venture Exchange (SVX) that deals only with Triple Bottom Line and impact enterprises. Hawaii is working on launching an exchange called HiLocal and Mission Markets is launching MMX as well. Generally though, this is cutting-edge work and, with this kind of legislative traction, Michigan may join the roster of disruptive innovators before long.

While certainly these are exciting bits of news, the largest barrier to getting capital circulating in our communities is actually information and market awareness. Even with Reconsider bringing Localstake, a fully operational platform for businesses to raise capital, to Michigan in December, our organization hasn’t yet received any applications for businesses in Detroit. Getting the word out remains our single biggest obstacle.

Above all though, the winds are changing. The question for you to answer is how relevant are these local investing advances to you?

Angela Barbash is the founder of Ypsilanti-based Reconsider, which is asking people to full out the Statewide Local Investment Sentiment Survey by March 31.