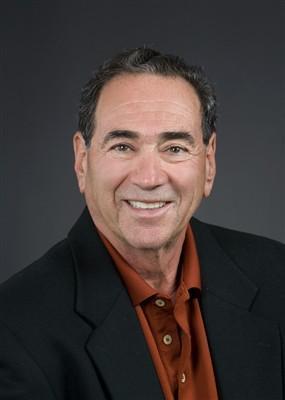 Before 1981, top marginal federal income tax rates were imposed in the U.S. at 70 percent. When Ronald Reagan assumed the presidency, his advisers prevailed upon him to lower the top rate to 50 percent. The thinking was that lowering tax rates would provide greater incentive to expand businesses, start new ones, and create employment. In 1986, the top rate was lowered to 28 percent.

Unfortunately, Reagan’s advisers overlooked two very important factors. The first was greed, pure and simple; and the second was the burgeoning technological revolution that gradually facilitated globalization. Once “Reaganomics” was introduced, the captains of industry quickly realized that they could magnify their profits exponentially by moving jobs to third-world countries where labor costs were significantly lower.

The impact of unbridled capitalism can be seen across the nation, including in Michigan, where the state’s unemployment is now only 8.8 percent. But we can take steps in the hope of fostering the spirit of enlightened capitalism. We must:

1. Focus on repatriating jobs that large American corporations have shifted to third-world countries. I have no quarrel with any U.S.-based enterprise that wants to expand into other countries to service those foreign markets. However, I take issue with American businesses that lay off American workers, set up foreign subsidiaries, move its plants overseas, manufacture products through these subsidiaries, and then export their products into the U.S. for sale to U.S. consumers. Most of the profit from foreign manufacturing process is not repatriated back into the U.S.

A loophole in the current tax system prevents U.S. taxes from being imposed as long as these foreign profits are left offshore. The current amount of such untaxed profits is estimated at $1.7 trillion. Lawmakers are currently debating whether or not to tax these profits and, if so, at what rate.

2. Foster a nationwide “Buy America” program, starting with the automobile industry. Judging from the many “Support out Troops” decals on our automobiles, there is no doubt that patriotism is deeply instilled in the American way of life. Michigan’s Big Three, therefore, should join together to promote a “Buy America” program. After all, cars are rolling billboards. The next steps would be to encourage American clothing manufacturers to prominently display labels proclaiming that their products are made in the U.S.
If we all do our part to bolster the overall U.S. economy, our collective ability to earn more will easily offset the additional costs our families would incur from buying domestically produced goods. Capitalism with a conscience will revitalize the North American entrepreneurial and innovative spirit.

The best argument to support the regulation of executive remuneration can be made by examining a few numbers:

Social responsibility requires putting limits on executive pay. Maximum annual remuneration paid to any individual executive (whether by salary, benefits, stock options, or any other means of compensation) should initially be set at a level of $1.5 million. Likewise, the maximum tax rate on earned income of up to $1.5 million should be set at 33.3 percent, and these rules should apply to all U.S. companies, public and private, with five or more employees.

Once this level of remuneration is reached, additional compensation could then be paid provided each employee who has been with that employer for at least two years receives a bonus of at least five percent of the average additional remuneration in excess of $1.5 million paid out to all the executives who receive more than this base amount. The 5 percent bonuses would then comprise part of each employee’s base pay for the subsequent and succeeding years. A plan like this would ensure that we all could become capitalists and not just the wealthy few.

Henry B. Zimmer is the author of the recently published book, The Enlightened Capitalism Manifesto. His website is enlightenedcapitalism.us.