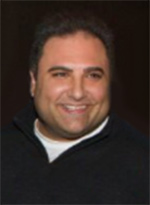 There was a time in Michigan when students could pay for college with the money they made at their summer jobs. Unfortunately, that time has clearly passed. Tuition at Michigan's public universities averaged $4,800 in 2000. Fast forward some 15 years later, and that price tag has increased 120 percent, to $10,500.

The rising cost of a college education has been blamed on everything from administrative bloat, to state budget cuts, to the marketing frenzy to lure new admissions with over-the-top amenities. Nationwide, tuition to a four-year college has increased 8 percent annually over the last 10 years. If the trend continues, today’s new parents can expect to pay nearly $500,000 for each of their children to get a non-Ivy League education in 18 years. For many families, that type of trend is far from consistent with increases in annual income.

How did this happen? Nationwide, there is a flurry of explanations. Perhaps the two biggest reasons that Michigan students are paying more for tuition are the result of reductions in state funding and state scholarships to public universities. As state support dropped from 48 percent in 2001-02 to 21 percent in 2013-14, tuition at Michigan colleges and universities skyrocketed, and the percentage of college budgets being supported by tuition rose from 44 percent to 71 percent over the same period. At least 60 percent of tuition increases at Michigan public universities over the past decade can be attributed to this drop in state funding.

If that wasn’t bad enough, state scholarships have all but evaporated. Between 2003 and 2013, the state decreased aid by more than $125 million, placing Michigan dead last in the nation when it came to state aid increases offered to college students. Michigan wasn’t alone is this decrease, but compared to the five other states who followed suit, our students were hit the hardest in the nation.

Michigan’s primary state-funded scholarship program for college students was cut from the budget in 2009. It was ironically titled “The Michigan Promise” scholarship, and was awarded to qualifying Michigan high school students on merit, providing up to $4,000 toward post-secondary education at any approved Michigan institution.

Today, Michigan’s total funding for student aid ranks in the bottom half of the nation. In 2013, Michigan’s $93 million in aid may not have sounded bad, but when compared to neighboring states like Ohio ($122 million) and Indiana ($285 million), it makes investigating out-of-state options worth a hard look.

The rise in tuition cost, along with the cuts in state aid, has also meant a brutal rise in student debt. Michigan now ranks 10th among U.S. states for highest student debt at more than $28,000 per student.

While the 529 college savings plan includes benefits like tax-free withdrawals, automatic investing, no annual limits, and interest earning potential, there are some significant negatives to consider: the money must be used for college, there are taxes and penalties imposed if you have excess money after college costs, and the plan is considered part of your assets and could affect financial aid eligibility.

The bottom line in this battle of rising tuition costs is that planning is everything and there are a number of factors to consider. Parents and college-bound students need to consider if a four-year college is right for them, or if a vocational or trade school is a better fit.

Financially, there are plenty of opportunities beyond traditional financial aid available if you’re one of the 50 percent of Americans who’ve missed out on the opportunity to save for your child’s education. The key is to do your homework, and find a qualified college fund adviser. College funding professionals often have a network of connections, professional tools, and resources to help students directly pay for and subsidize rising tuition costs, allowing them a better personal fit for post-secondary education and less debt to pay off after graduation.