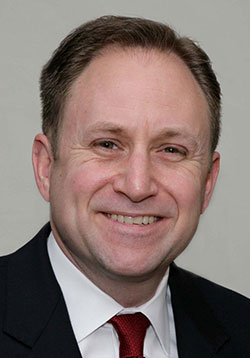 In the upcoming year, it will be critical for business executives in Detroit to stay informed on a number of tax issues in the U.S. and abroad. These international, federal, and state tax issues could affect company operations and — potentially — corporate reputations in 2015.

Politics, the evolving economic outlook, and a heightened focus on tax transparency could add incredible uncertainty to the tax landscape in the coming year, which will make effective planning very challenging. Given that tax can have an impact on almost every item on a company’s balance sheet, regularly monitoring developments is generally time well spent.

Looking ahead, business leaders should:

1) Monitor federal business tax reform developments. There’s broad-brush agreement in Congress on the basics for tax reform, especially on the need for a lower corporate tax rate and a reduction in the number of tax preferences, but the challenge of reconciling several fundamental issues could make for a difficult and uncertain road ahead. Business leaders will need to monitor the issue closely and consider a range of possible scenarios. They should also circle the last week of July on their calendars: Bipartisan tax reform will get harder to achieve once Congress leaves for summer recess and the presidential campaign season kicks off in September.

2) Keep an eye on the changing state tax landscape. The Republican victories in the mid-term elections mean that lowering or possibly eliminating the corporate income tax altogether could become reality in some states and that various business incentives are likely to continue or expand. But other state taxes and fees may rise to offset any reductions or incentives, so the bottom line for operational costs may not improve dramatically. Major federal tax reform could also almost certainly present both opportunities and challenges for states, depending on the direction of any potential legislation.

In Michigan, Gov. Rick Snyder is proposing to build on some successes from prior years in restructuring government and service delivery, along with developing new tax policy. Additionally, he is supporting a transportation funding program that involves restructuring the motor fuel tax, increasing the state sales tax rate, and eliminating the sales tax on motor fuel. The program will generate about $1.3 billion annually for roads, bridges, and transit; increase resources for schools and local governments; and provide for low-income tax relief through an earned income credit.

3) Pay close attention to the Organization for Economic Co-operation and Development’s Base Erosion and Profit Shifting initiative (BEPS). As refinements to the September 2014 recommendations on key elements of the initiative have become clear, companies with global operations and supply chains will need to evaluate whether they are able to produce documentation that will be required to comply with reporting obligations.

Beyond any internal operational changes that may be called for, the increased visibility of tax as a business issue and related possible exposure to reputational risk make it critical that companies anticipate public perception of their tax positions and consider how they could address any potential concerns.

4) Be prepared to comply with Foreign Account Tax Compliance Act and OECD’s common reporting standard. Many companies, especially those in financial services, have spent 2014 preparing for the implementation of the U.S. provisions commonly known as the FATCA; the focus in 2015 now shifts to ensuring that systems put in place to comply with the law are adequate to respond to the globalization of the FATCA into the OECD’s Common Reporting Standard. While the CRS is based on FATCA, expect some differences as many countries that have agreed to implement the reporting standard get set to bring it online.

5) Involve tax early in discussions of divestitures to gain maximum value. As companies focus on core strategies to sustain future growth, many are turning to large and sometimes complex divestitures of non-core businesses to generate cash and streamline operations. Determining the domestic and international tax implications of these actions is critical, which means that tax professionals need to be involved early on to increase the likelihood of a successful transaction.

Kevin Voigt is a tax partner at KPMG LLP in Detroit. This blog represents the views of the author only, and does not necessarily represent the views or professional advice of KPMG LLP.