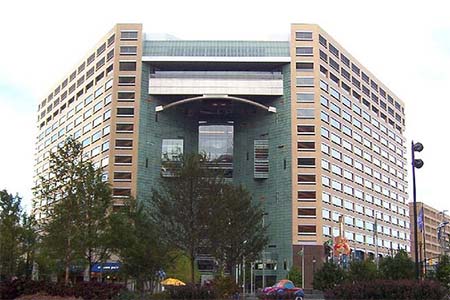 Detroit-based Meridian Health Plan announced it has more than 500 job openings available within its headquarters to support its growing family-operated health, pharmacy services, and technology company.

Available jobs include an application developer, a business intelligence architect, a director of network development, an IT business liaison analyst, and a technical writer, among others.

“We were surprised by the recent layoff announcement within the local health insurance industry and we want impacted staff to know we have openings,” says Jon Cotton, president and CEO of Meridian Health Plan.

Cotton says Meridian membership has grown by more than 17 percent this year, with growth expected to further increase due to development efforts.

In January, Bedrock Real Estate Services and Meridian Health purchased the 1-million-square-foot 15-story Compuware building located at One Campus Martius. Meridian officials announced last November its plans to relocate 400 employees from its Detroit offices at 777 Woodward and 1001 Woodward this year and expand to 2,000 employees by 2019.

“We chose the City of Detroit as our headquarters because of our local ties and the hard work ethic found in the Great Lakes region,” says Sean Cotton, Meridian Health Plan chief administrative officer. “We are committed to growing the health and technology industries within Michigan and the entire Midwest.”

Meridian Health employs about 1,200 people in three states and has about 600,000 members. The company started as Health Plan of Michigan in 1997.