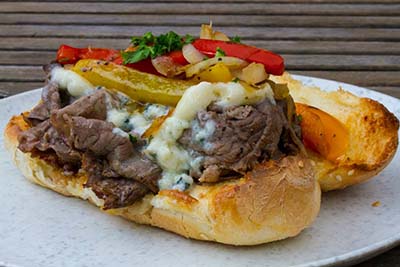 A gastropub featuring English pub fare along with American cuisine, to be called Griff’s Pub, is set to open in Allen Park in April.

“We’re doing an upscale casual menu,” says Steven Kempner, executive chef at Griff’s Pub. “We have a static menu that will be available year round, and starting in June, (we will) introduce a seasonal menu.”

Kempner, who bills himself as “The Fargin Chef,” has hosted popup dinners at St. Cece’s Pub and MotorCity Wine, among other venues. He also worked at the Birmingham Community House, Tom’s Oyster Bar, and Bella Piatti.

Griff’s Pub’s signature dishes will include a salmon dish with a Granny Smith apple and honey slaw over a dried apricot couscous, a Shepherd’s pie, and fish and chips. The menu also will offer a variety of fusion dishes with some Asian influences

The 900-square-foot restaurant, to be located at 14595 Southfield Rd. (near Dix Highway), includes a full bar and a cocktail program headed by Steve Sorensen, formerly of Atlas Global Bistro in Detroit, along with a 15-bottle wine program that will be paired with food.

The 44-seat restaurant, owned by Christopher Griffin, will have an “industrial rustic” feel designed by Kerry Gluckman of Ferndale-based K Evan Designs.