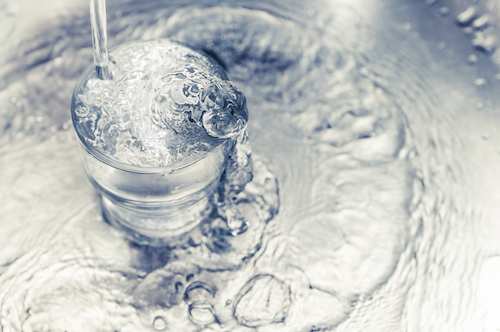 The Great Lakes Water Authority in Detroit has executed its inaugural transaction, pricing a $1.3 billion bond sale. The sale includes nearly $1.1 billion for refunding of outstanding debt for the authority and $251.8 million for new capital projects for the regional and Detroit local water systems.

As a result of the transaction, officials with Great Lakes Water Authority say the organization will see a net cash flow savings of $309.1 million over the life of the refinanced bonds. Closing of the sale is expected by the end of the month.

“(Great Lakes Water Authority) continues to see the results of its ongoing organizational optimization efforts, which have greatly contributed to our positive financial performance,” says Nicolette Bateson, CFO and treasurer of Great Lakes Water Authority. “These savings improve the financial outlook for our region’s water and wastewater systems over the remaining life of the outstanding bonds – up to 20 years.”

She says the bond sale is part of a plan by Great Lakes Water Authority to create long-term financial sustainability and reduce its dependence on debt-financed capital for its systems.

Great Lakes Water Authority believes the success of the bond sale was due to the recent positive ratings it received from three credit rating agencies and its outreach to the investor community. The authority hosted an event in Detroit in early October that resulted in the purchase of bonds by 48 institutional investors.

The Great Lakes Water Authority was founded in November 2014 to provide water and waste water services to 127 municipalities in seven Southeastern Michigan counties. In January 2016, the authority assumed operational, infrastructure improvements, environmental compliance, and budget-setting responsibilities for the regional water and sewage treatment plants, major water transmission mains and sewage interceptors, and related facilities. The organization leases these facilities from the City of Detroit for an allocation of $50 million per year fund capital improvements for the City of Detroit retail system and/or debt obligations. The authority also funds a Water Residential Assistance Program to assist low-income residential customers throughout the system.