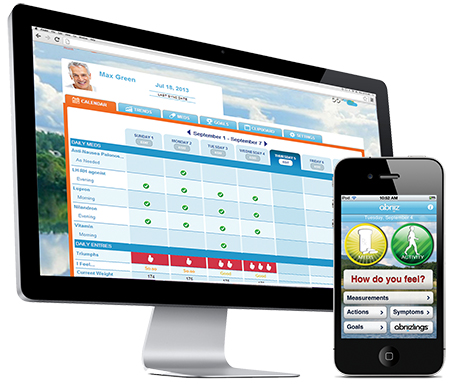 Grand Rapids-based Ideomed’s launch of Abriiz — a web and mobile-based solution that helps people manage chronic medical conditions such as diabetes and asthma — in 2011, has propelled the company as a leader in the health management industry, and the firm shows no signs of slowing down.

“We have a population (on our website) today that’s into the thousands,” says Keith Brophy, Ideomed’s founder. “We’re not yet at the tens of thousands, but we’re very pleased with those numbers because our patients aren’t just website users. Each person is someone with a severe chronic disorder that’s managed by a case manager.”

He says what separates Abriiz from similar web-based solutions is its research. “We’ve worked to differentiate ourselves by carrying out a variety of studies and clinical trials,” Brophy says. “We continue to build proof points to establish a growing body of evidence showing that these type of mobile chronic disease engagement solutions can work.”

Another differentiating factor is its clientele base, says Brophy. Rather than sell to the patient, the company works with health insurance companies and providers and has focused greatly on the managed Medicaid population. “When we started the business, we were told the Medicaid patients would be some of the hardest to connect with, but it’s been extremely successful,” he says.

Ideomed initially began targeting the most prevalent and most costly chronic diseases, such as severe asthma, congestive heart failure, and diabetes, but has continued to expand based on where they have found a need for their service. For example, Abriiz Flourish, targeted at palliative care and hospice-type populations, will launch in early January, and Abriiz Fitquest, aimed at childhood obesity, will launch by March.

Abriiz users can now use the program to manage multiple conditions. If a person has both diabetes and congestive heart failure, the program can provide medication reminders for both conditions as well as be a place to measure glucose measurements and blood pressure together.