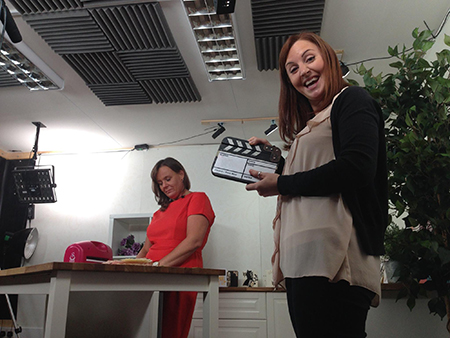 Called Create and Craft, the network, in partnership with Jo-Ann Fabric and Craft Stores, began broadcasting nationally on Monday to approximately 40 million homes on Direct TV and Dish Network. The programming can also be watched 24 hours a day at createandcraft.com and via Roku.

“The craft market in the U.S. is the largest in the world and we’re thrilled to make the best in crafting products available to this enthusiastic audience,” says Clive Briscoe, Create and Craft’s U.S. project leader based in Grand Rapids.

Create and Craft has an interactive website with project tutorials, promotions, and programs, most of which are filmed in the U.K, but will be partially filmed in the U.S. in the future, Briscoe says. A custom app will also be released in early 2015.