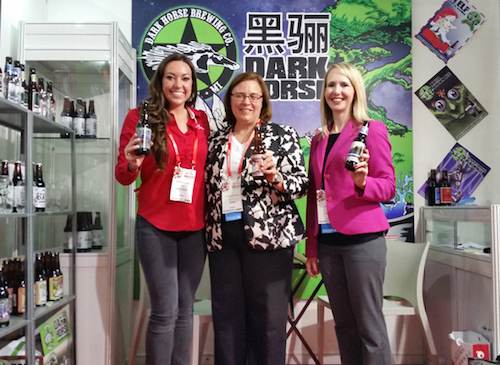 Brew Export projects more than 1.5 million bottles of American craft brew will be exported next year. The announcement was made as part of this week’s trade mission to the Far East led by Michigan Department of Agriculture and Rural Development Director Jamie Clover Adams.

“The response to American craft beer in China has been overwhelmingly positive. The Chinese are attracted to the high quality ingredients and innovative flavors,” says Shannon Long, founder and CEO of Brew Export.

With the support of the Food Export Association of the Midwest and the Michigan Department of Agriculture and Rural Development’s International Marketing Program, company officials say Brew Export will spend a majority of this month promoting American craft beer in Shanghai and Beijing with bar and restaurant events and a booth at FHC China, a business exhibition for the global food and hospitality sector.

Brew Export’s mission is to bring American craft beer to the world. The company has exported nearly a quarter of a million bottles of beer since June of 2016, and partnered with 20 breweries across the country.