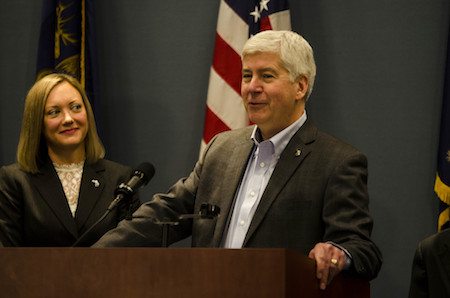 Clement, a resident of East Lansing, fills the vacancy following the resignation of Justice Joan Larsen, who was appointed to the U.S. Court of Appeals for the Sixth Circuit in Cincinnati by President Donald Trump, and was confirmed by the U.S. Senate earlier this month.

“Beth is an exceptional attorney and leader who brings experience from various branches of government and areas of private practice to the state’s highest court,” says Gov. Snyder. “She is highly regarded by judges and her peers and brings incredible skill to this role. I know Beth to be fair, a great thinker, and someone who will faithfully adhere to the proper role of the judiciary. Her talent will be a great asset as the Supreme Court continues its work to improve efficiencies in courts statewide.”