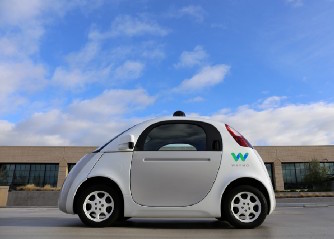 After eight years of research and prototypes, Google has renamed its self-driving car unit “Waymo,” which is a combination of the phrase  “way forward in mobility.” Formerly known as the Google self-driving car project, Waymo established itself as a separate Alphabet, Inc. company as of today, an indication of the project’s progress and potential, according to their website.

A blog written by Waymo CEO John Krafcik says that the project’s completion of a fully self-driven trip on public roads (without a test driver) was a signal that the team could shift its focus from “foundation technical work,” to “launching [their] own company that can offer more rides, in more places for more people.”

According to Waymo.com the self-driving company has been working to make roads safer and increase mobility for the millions of people who can’t drive. Their ultimate goal is for millions of people to get safely from door to door with the push of a button.

Krafcik also says the technology “can begin to reshape the 10 trillion miles motor vehicles travel around the world every year, with safer, more accessible forms of transport.” The company envisions self-driving vehicles eventually being used for personal travel, as well as ridesharing and public transport.

Since 2009, Google’s prototypes have spent the equivalent of 300 years of driving time on the road and they’ve “lead the industry from a place where self-driving cars seem like science fiction, to one where planners all over the world are designing for a self-driven future.” Krafcik says Waymo’s next step will be to let people use their vehicles to do everyday things like run errands, commute to work, or get home safely after a night out.