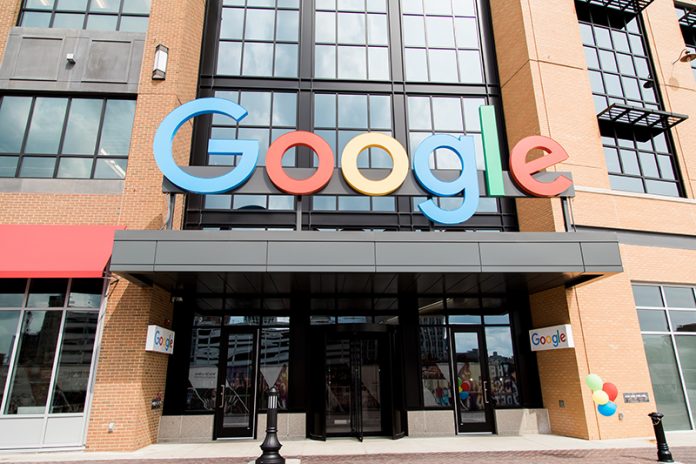 Google Thursday announced it has opened its new office at Little Caesars Arena in The District Detroit. Located at 52 E. Henry St., the office offers nearly 30,000 square feet of space.

“We’re excited about growing in Michigan and being in a city like Detroit renowned for its spirit, grit, culture, and innovation,” says Danielle Russell, site lead for Google Detroit. “Those are the same traits that help fuel Google. We’re more than committed to be a good and active neighbor and doing work that can help the city and all who live, work, and do business here thrive.”

A grand opening and open house on Thursday showcased the office, its history, landmarks, icons, and locally produced artwork.

“We are exceptionally proud to have a world-class organization like Google be one of our first main tenants in The District Detroit,” says Christopher Ilitch, president and CEO of Ilitch Holdings Inc. “Google’s move into the city was exactly the type of economic development we were hoping to spur with The District Detroit, a move that contributes to the city’s resurgence by bringing jobs and innovation to the benefit of all Detroiters.”

As part of the opening, Google.org awarded a $750,000 grant to SMASH Detroit, which works to eliminate barriers and empower underrepresented youth of color with science, technology, engineering, and math (STEM) education; culturally relevant coursework; and access to resources that will allow them to pave a career in tech and entrepreneurship. The grant will support SMASH Detroit’s newly launched site at Wayne State University as well as area students for three years, including 120 SMASH scholars and at least 300 high school students.

“Having one of the nation’s leading tech companies choose to make Detroit a home is another sign that our city is a great place to be for technology and innovation,” says Detroit Mayor Mike Duggan. “Google’s commitment to support STEM education in our city will help prepare our students for the growing number of IT career opportunities and build our talent pool.“

Google.org also grated $250,000 to the Michigan Engineering Zone at the University of Michigan’s Detroit Center. The reinvestment grant builds on another $250,000 grant, awarded two years ago, and will help expand STEM and robotics programming for 350 students year-round.

Google’s presence in Michigan has grown over the past 12 years, and offices in the state employ more than 600 people who work on teams across sales, YouTube, and engineering, including teams from Alphabet’s subsidiary company Waymo. The company helped Michigan businesses and publishers generate $3.85 billion in economic activity last year and gave more than $12 million in free advertising to Michigan nonprofits through the Google Ad Grants program.

Google, which has a large office in Ann Arbor, has also awarded more than $4.6 million over the past few years in grants to Michigan nonprofits and schools in science and technology education, carbon reduction, and internet access.