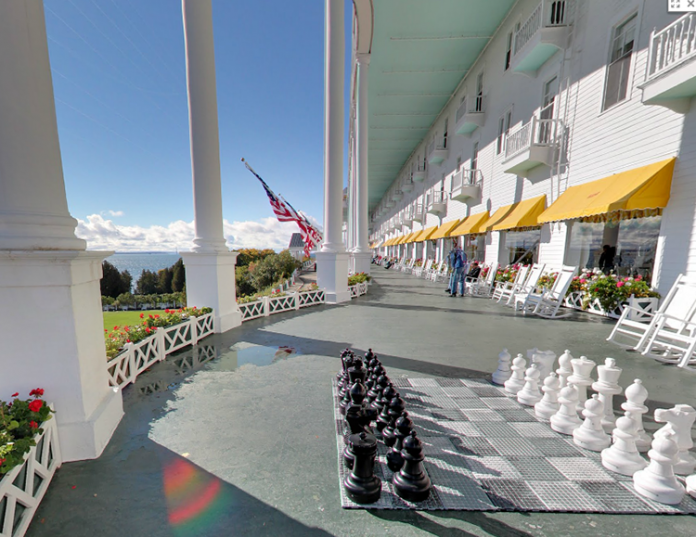 Visitors no longer need to take a ferry to visit the many unique and interesting shops on Mackinac Island. As of this week, 80 percent of the island’s businesses can now be viewed with 360-degree virtual tours on Google Maps.

To create the “spin tours,” Mackinac’s Tourism Bureau collaborated with Novi-based LunaTech 3D, which sent three employees to capture more than 10,000 photos of the interior of participating businesses and along a 1.5-mile stretch of Main Street, between the ferries and the Grand Hotel.

“The plan was to help businesses update Web content to be more interactive,” says Tim Hygh, executive director of Mackinac’s Tourism Bureau. “We are excited to see businesses start to include these tools on their own websites in addition to the work LunaTech 3D has done with Google.”

Among the 72 participating businesses were the Grand Hotel, The Original Mackinac Island Butterfly House, Pink Pony Deck, and JoAnn’s Fudge.

“This is a visual way to show (potential customers) exactly what you have to offer,” Willett says. “With one click, a person can virtually be inside your restaurant or store.”

While this particular project was on a larger scale than most of his projects — it took three days to shoot — at least one aspect of the island simplified the editing process. “We have to blur faces and license plates, (the latter of) which isn’t really an issue on Mackinaw Island,” says Willett, laughing.

Willett says he will return to Mackinaw Island this October to develop additional tours for businesses who have contacted him since the company’s first visit and plans to expand the project to other Michigan cities in the future.