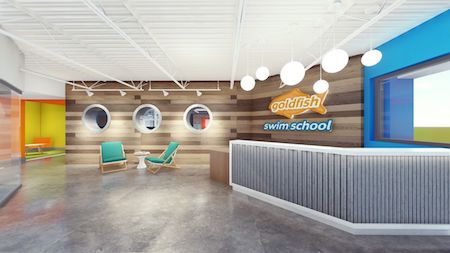 Goldfish Swim School Franchising, a learn-to-swim concept formerly based in Birmingham, today announced the opening of a new headquarters in Troy.

“This move caps off what has been an exciting year for Goldfish,” says Chris McCuiston, CEO and co-founder Goldfish. “Twelve years ago, we were working at our kitchen table to launch what would become our first swim school location. It is amazing how much the company has grown.”

Future expansion plans for the Troy headquarters includes a dedicated training space complete with a pool. Goldfish has an additional 25 locations slated to open in the next 10 months, and is preparing to offer increased training and continuing education workshops at the new space.

More information about Goldfish can be found here.