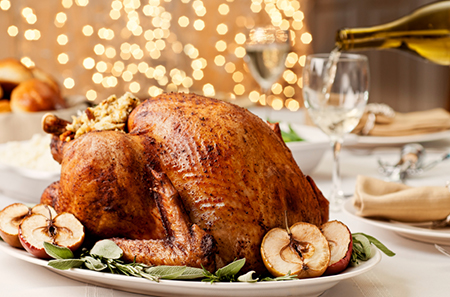 “Meijer wants to ensure that our customers can provide their families with the best holiday experience,” says Jerry Suter, the retailer’s vice president of fresh merchandising. “Not only is Meijer able to deliver a delicious meal to our customers, but we’re able to do so at a tremendous value.”

Last year, Thanksgiving celebrants paid an average of $1.36 per pound for turkey, according to an American Farm Bureau Federation survey that looked at grocery prices in 34 states, including Michigan.

The discount is now available on frozen turkeys, while fresh turkey prices kick off on Sunday. Both discounted prices will be available through Nov. 27 and are valid for any Meijer customer who spends $20 or more at a particular store.

Suter also notes that customer demand for premade holiday meals is a trend that has been growing over the last several years. For example, a Meijer’s deli now prepares deluxe turkey and ham dinners that feed between eight to 10 people, priced at $50. Customers are encouraged to place their orders at least 24 hours in advance.