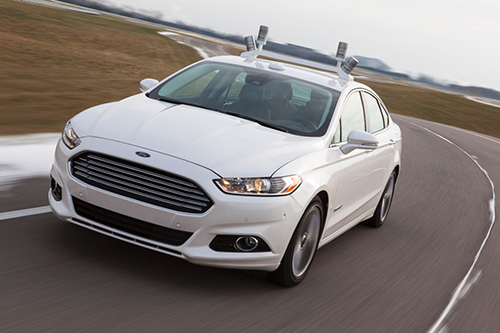 Ford Motor Co. plans to launch 23 new vehicles globally in 2014, more than double what it released in 2013, the automaker announced Thursday.

To support its growth strategy, Ford will open two manufacturing facilities in Asia Pacific and one in South America. The new assembly plant in Chongqing, China will increase the company’s production capacity by 300,000 units next year, says the automaker.

“This is the fastest and most aggressive manufacturing expansion the company has undergone in 50 years,” says John Fleming, executive vice president of Ford global manufacturing. “The last time Ford was growing like this, Dwight D. Eisenhower was the U.S. president.”

In the U.S., Ford is investing $1.1 billion to retool and expand its Kansas City assembly plant, which will begin production of the all-new Transit in the second quarter of next year. The plant will add more than 2,000 jobs, more than 1,000 of which are new hires, to support production of the new commercial vehicle and the Ford F-150.

Overall, Ford will add more than 5,000 new U.S. jobs — including 3,300 salaried positions in 2014. Ford also plans to hire more than 6,000 employees in Asia, the vast majority of them hourly employees. In the past two years, the company created more than 14,000 jobs in North America alone.

In other Ford news, the automaker — in conjunction with the University of Michigan and State Farm Insurance — on Thursday unveiled a Ford Fusion Hybrid automated research vehicle that will be used to test current and future sensing systems and driver-assist technologies.

“In the future, automated driving may well help us improve driver safety and manage issues such as traffic congestion and global gridlock, yet there are still many questions that need to be answered and explored to make it a long-term reality,” says Raj Nair, group vice president of Ford global product development. “With the automated Ford Fusion Hybrid research project, our goal is to test the limits of full automation and determine the appropriate levels for near- and mid-term deployment.”

The automated Fusion Hybrid will serve as the research platform to develop potential solutions for longer-term societal, legislative, and technological issues raised by a future of fully automated vehicles, says the automaker.