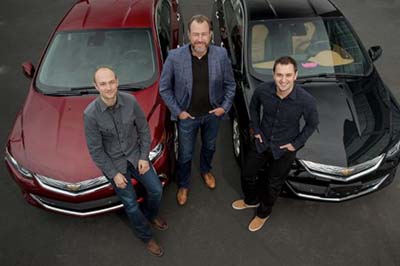 “We’re very pleased with how quickly the GM and Lyft team collaborated to create the Express Drive program, which we will be implementing using our Maven mobility infrastructure,” says Dan Ammann, president of GM.

Called Express Drive, Ammann says the program will launch in Chicago, and will soon roll out to additional cities including Boston, Washington, D.C., and Baltimore. He says with the program, the more trips a Lyft driver completes, the less they pay. Express Drive starts at nearly $100 a week including insurance and maintenance. When drivers complete 65 a week in Chicago, they will be able to access a vehicle at no weekly rental cost. The trips are recorded on the Lyft app.

Ammann says Express Drive also offers flexible terms for drivers who can rent cars on a weekly basis for up to eight weeks at a time. In Chicago, Express Drive will provide access to Chevrolet Equinox crossovers equipped with OnStar and seating for up to five.

Ammann says in Chicago, there were 60,000 people who applied to drive on the Lyft platform but did not have a car that qualified.

Lyft, founded in 2012, is a competitor of Uber, another ride sharing platform. Lyft is available in more than 200 cities, including Detroit, and has averaged more than 7 million rides per month.