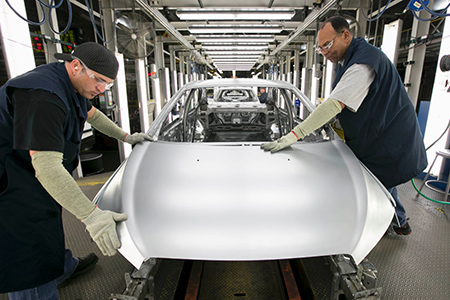 General Motors today announced it will invest $245 million at its Orion Assembly plant in Orion Township for an all-new vehicle program. The investment will add 300 new jobs.

“The (Orion Assembly) is up to the challenge of building this brand-new product, something it’s never seen before,” says Cathy Clegg, vice president of manufacturing and labor relations for GM North America.

The 4.3 million square foot Orion Assembly plant, at 4555 Giddings Rd., produces the Chevrolet Sonic and Buick Verano. In 2014, GM announced a $160 million investment at the plant for tooling and equipment for the Chevrolet Bolt EV, a 200-mile plus electric range vehicle that will cost about $30,000.

The $245 million investment is part of the $5.4 billion GM has announced it will invest in U.S. manufacturing over the next three years.