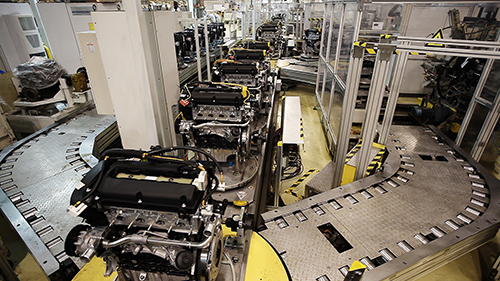 “A vehicle is a collection of 30,000 individual parts,” says Mark Reuss, executive vice president of global product development, purchasing, and supply chain. “Fully integrating those parts into cohesive systems with industry-leading quality and safety is key in this customer-driven business.”

Ken Morris, executive director of global chassis engineering, has been named vice president of global product integrity, which will include vehicle, powertrain, and electrical systems engineering as well as vehicle performance, industrial engineering, and validation.

Effective immediately, the division is tasked with ensuring overall quality, safety performance, and the highest levels of execution across all GM vehicles. It also includes supplier quality and the recently formed global vehicle safety organization led by Jeff Boyer, who is overseeing the addition of 35 product investigators.

John Calabrese, vice president of global vehicle engineering, will retire, though he will remain with the company through August to assist with the transition.

“Under John’s leadership, GM has developed industry-leading vehicles in practically every segment in which we compete,” Reuss says. “He raised the bar in engineering and has us well-positioned for the future.”

GM also announced Tuesday that four of its facilities — Detroit-Hamtramck Assembly Plant and Flint Metal Center in Michigan, and Dongyue Engine and Jinqiao North Assembly in China — met the Energy Star Challenge for Industry for a second time.

So far, 63 GM plants have met the challenge, which requires facilities to reduce energy intensity by 10 percent within five years, at least once.

“These four plants represent GM’s desire to continue working toward an energy efficiency future for the company,” says Al Hildreth, the OEM’s global energy manager. “It proves that all of our plants play an integral role in meeting our energy reduction goals.”