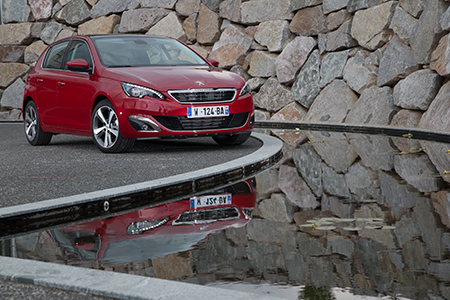 General Motors Co. and PSA Peugeot Citroen expect savings from a partnership to total $1.2 billion by 2018, the companies said in a joint statement today. The manufacturers, which had previously targeted $2 billion in synergies by 2016, dropped plans to cooperate on subcompact vehicles.

The two companies said that Peugeot will manufacture a compact crossover for both carmakers at its factory in Sochaux, France. The automakers earlier agreed that GM will assemble a small van for both companies in Zaragoza, Spain.

“The alliance between PSA and GM is based on a balanced approach,” says Karl-Thomas Neumann, GM executive vice president and president in Europe. “The vehicles of both manufacturers will be highly differentiated and fully consistent with their respective brand characteristics. The partners are now focused on execution of the alliance while remaining open to new opportunities.”

The existing partnership with GM is focused on cutting costs in Europe and offers limited potential because the two carmakers largely compete for the same customers. Peugeot said in October that it’s reviewing backing away from part of the cooperation.

GM also announced today that it is selling its entire 7 percent stake in PSA through a private placement to institutional investors. GM acquired the stake when it entered into its strategic alliance in March 2012.

“Our equity stake was planned to support PSA in their efforts to raise capital at the time of the creation of the GM and PSA alliance, and that support is no longer needed,” says Steve Girsky, vice chairman of GM. “The alliance remains strong with our focus on joint vehicle programs, cross manufacturing, purchasing, and logistics. We’re making good progress while remaining open to new opportunities.”

Worsening auto markets and unfavorable exchange rates in Russia and Latin America will cause Peugeot to take an impairment charge in its auto operations this year, the Paris- based company said in a separate statement today. The company will take a hit of about $1.5 billion.

Europe’s second-largest carmaker said it plans to step up efforts to offset exchange-rate fluctuations. The company, which is considering a capital increase to shore up finances, reiterated that it aims to reduce cash burn by at least half to about $2 billion this year and break even in 2014.

The French manufacturer is in talks with Chinese counterpart Dongfeng Motor Corp. on a partnership as it seeks to expand sales in Asia and counter falling sales in Europe. The company said in a statement on its website today that current talks with Dongfeng and other potential partners are “at a preliminary stage” and no outcome is assured.

In other GM news, the 2014 Cadillac CTS was recently named Motor Trend’s Car of the Year.