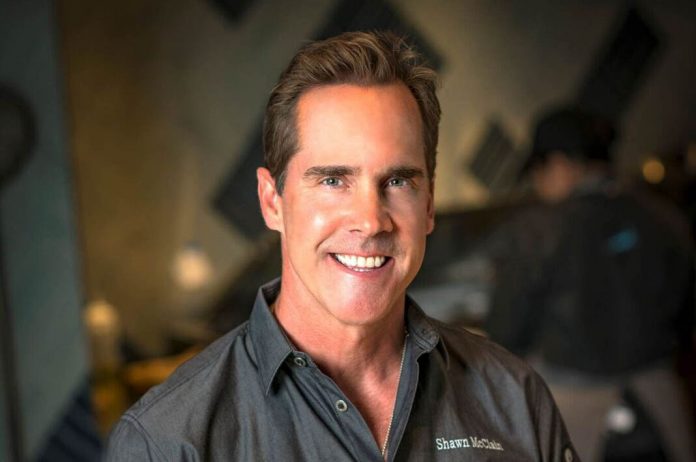 General Motors Co. today announced it is partnering with James Beard Award-winning Chef Shawn McClain to develop a 20,000-square-foot restaurant at its global headquarters at the Renaissance Center in downtown Detroit.

The restaurant, to be located atop the Marriott Hotel in a two-story space formerly occupied by Coach Insignia, is expected to open in the fall. A name has yet to be developed for the restaurant that originally opened in 1977 as The Summit.

“We are proud to join the culinary explosion that’s happening here in Detroit in partnership with General Motors,” says McClain, who recently moved to Grosse Isle. “We have a shared passion for the city and its innovative spirit. We’re inspired by that bold creativity and aim to transform the space into a dynamic, multi-concept experience that’s about so much more than the amazing views.”

For the restaurant’s design, McClain will work with Greg Keffer of Rockwell Group, a well-regarded architecture and design firm founded by David Rockwell.

McClain is partnering in the project with his wife and Detroit native, Holly McClain, whose background in front-of-house service and training will be enlisted in developing the interior space. Other members of the team include culinary and operations lead Richard Camarota, and brand experience lead Sarah Camarota, both native Midwesterners who are partners with the McClains in the project and in their Las Vegas restaurants, Sage, Five50 Pizza, and Libertine Social.

“Every detail is being meticulously crafted to unfold into an extraordinary experience for our guests, from the way we design and launch our brand story to the special and engaging ways in which we reinvent the space,” says Shawn.