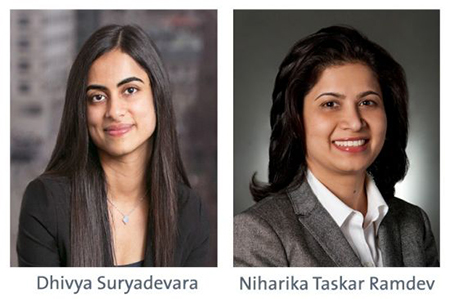 “Dhivya (Suryadevara’s) experience in leading our asset management team will serve her well in this important role for the company,” says Chuck Stevens, GM executive vice president and CFO.

Suryadevara was named chief investment officer of GM Asset Management in 2013, with responsibility for about $80 billion in assets across GM defined benefit plans. She started her career with GM in 2004 in the treasury department.

Ramdev will lead the finance team for GM International, which generates $14 billion in revenue and comprises nearly 100 markets, including Africa, India, and the Middle East.

“Ramdev has done an excellent job over the past year as we improved our investment grade ratings and introduced a comprehensive capital allocation framework,” Stevens says.

She was named vice president of finance and treasurer in April 2014 and joined the automaker in 1996.