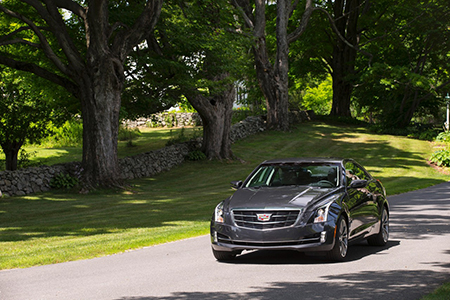 General Motors Co. announced today it will begin construction on a $174-million stamping facility in Lansing, which will save the automaker about $14 million per year in logistics costs tied to material handling. Expected to open in 2016, the facility will create or retain some 145 jobs in the Lansing area.

“Lansing Grand River Assembly is known for the high quality of its work and the flexible manufacturing that has been a trademark since it opened,” says Christine Sitek, manufacturing manager at GM North America. “Today’s announcement demonstrates GM’s commitment to strengthening key plant capabilities related to quality and efficiency.”

The new facility, part of the company’s Lansing Grand River Assembly Plant, will produce stamping components for the Cadillac ATS and Cadillac CTS family of vehicles as well as a future product.

“I think I can speak for all of the UAW members at General Motors’ Lansing Grand River plant when I say we are thrilled to have this additional investment in the plant and the jobs it will create in the community,” says Gerald Kariem, director of UAW Region 1D.

Built in 2001, Lansing Grand River is GM’s second-newest U.S. assembly plant and the manufacturing home of the Cadillac ATS, CTS, and the CTS V-series performance versions.