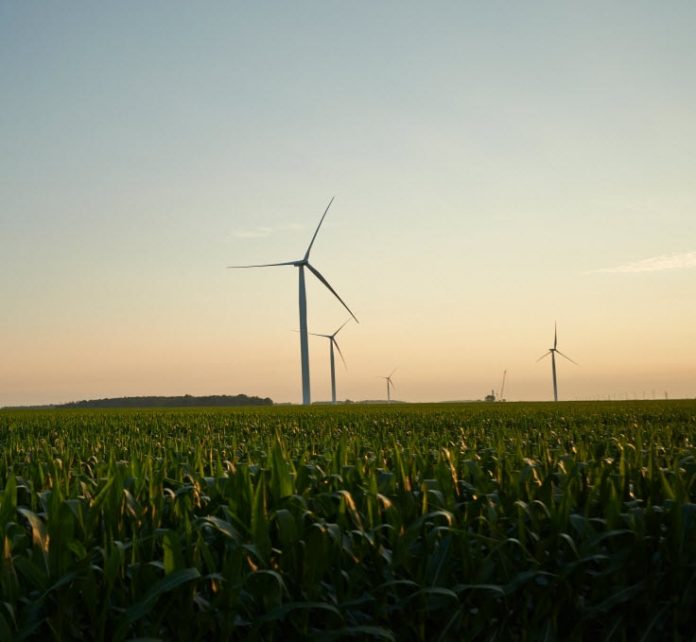 Detroit’s General Motors and a data center in Grand Rapids are the first to join a Consumers Energy program to help large businesses use renewable energy sources. Both companies are now matching 100 percent of their electric use at key operations across Michigan with wind-generated power.

The data center is operated by Switch, a Las Vegas-based technology infrastructure corporation that operates a 1.8 million-square-foot complex in Grand Rapids called the Pyramid Campus. The company builds on sustainable growth of the internet.

“Switch and General Motors are leading the way for companies that want to operate efficiently in a competitive environment, yet also make and meet commitments to our planet,” says Garrick Rochow, Consumers Energy’s senior vice president of operations. “…The collaboration among a tech company and an automaker demonstrates that environmental leadership can be driven from all business sectors.”

The energy used at Switch’s Pyramid Campus and GM’s Flint Metal Center and Flint Engine Operations is matched with energy produced by Cross Winds Energy Park II, which began operation this year in Tuscola County in the state’s Thumb area.

“Corporations have a leadership opportunity to help accelerate and scale renewable energy, making it more accessible and affordable for everyone,” says Dane Parker, General Motors vice president of Sustainable Workplaces. “The Consumers Energy program will help General Motors meet its commitment to source 100 percent renewable energy at all global operations by 2050, while reducing emissions in our Michigan communities and making the grid greener.”

Consumers Energy provides natural gas and/or electricity to 6.7 million residents in Michigan’s lower peninsula. Renewable sources provide 10 percent of its customers’ energy use. This number is slated to increase to more than 40 percent by 2020. Some other energy goals for the company include reducing carbon emissions by 80 percent and ending coal use to generate electricity by 2040.