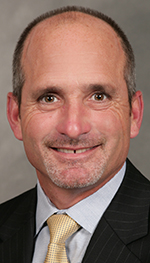 “We continue to perform well in the two most important markets in the world, the U.S. and China,” says Mary Barra, the company’s CEO. “We’re taking advantage of our strength in these countries to restructure and make the investments necessary to grow profitably in other parts of the world.”

The company also announced, starting today, Chuck Stevens will serve as the executive vice president and CFO. He replaces Dan Ammann, who is now GM’s president.

In his new position, Stevens — previously CFO of GM North America — is responsible for leading the company’s financial and accounting operations on a global basis. He will report to Barra.

“Chuck’s extensive experience in leading finance operations and driving profitable growth all around the world makes him the perfect choice to help our team drive GM’s global performance to new heights,” Barra says.

Stevens, who began his career at Buick Motor Division in 1983, previously held leadership positions in China, Singapore, Indonesia, and Thailand.

“The plan is to build on the good progress made by the finance team in driving the right business decisions,” Stevens says. “I look forward to working with the GM team to drive even stronger business results.”

John Stapleton, CFO of GM Global Manufacturing, has more than 24 years of financial experience and will replace Stevens as CFO of North America.

“Our fortress balance sheet, substantial liquidity, consistent earnings, and strong cash flow provide the foundation for an ongoing payout,” Ammann says. “This return to shareholders is consistent with our capital priorities and is an important signal of confidence in our plans for a continuing profitable future.”

The automaker unveiled several new models — including the 2015 Chevrolet Corvette Z06 and C7.R racecar as well as the 2015 ATS Coupe — during the media preview days at the 2014 North American International Auto Show in Detroit this week.