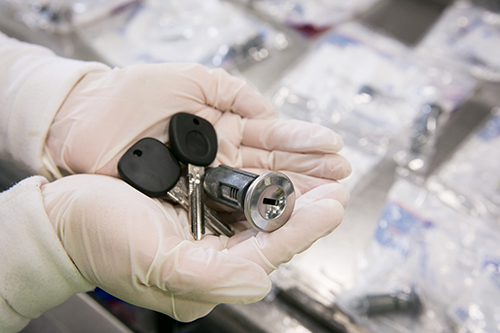 The automaker said today it has mailed letters to about 1.4 million owners of 2003-2007 models, instructing them to contact a GM dealer to schedule a replacement appointment. Owners of 2008-2011 models will receive a letter in early May confirming their inclusion in the recall, followed by another letter about part availability.

GM is responding to an ignition switch defect that engineers first discovered more than a decade ago but filed to fix. The defect is the subject of multiple government investigations and nearly 50 lawsuits. The faulty switch is blamed for at least 31 crashes and 13 deaths.

As part of the recall, service departments at Chevrolet, Buick, GMC, and Cadillac dealerships will replace ignition switches that may unintentionally move from the “run” position to the “accessory” or “off” position with a corresponding reduction or loss of power. They will also replace the ignition cylinders that can allow removal of the ignition key while the engine is running.

Company officials recommend customers use only the key and key ring when driving their cars. Also, owners of manual transmission vehicles should make sure the ignition is in the “Off” position and set to reverse gear with the parking brake set before removing the key. Owners of vehicles with an automatic transmission should place their vehicle in “Park” before removing the key.