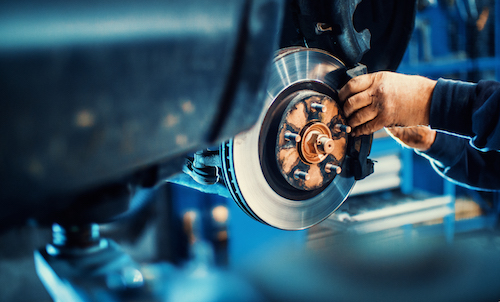 With Big Three automakers reporting December and year-end results today in the U.S., the data indicates that sales for SUVs and crossovers have increased, while passenger vehicles declined over the past year. The results are largely due to a sustained period of low gas prices. Overall, the U.S. auto market accounted for an estimated 17.5 million units, marking a new U.S. calendar year record.

General Motors Co. reported it sold 249,983 vehicles to individual customers in December, a 3 percent increase from 2015 and its best December performance since 2007. GM’s retail sales increased by 2 percent overall in 2016, as the company “continued to benefit from the ongoing strength of the economy and growing U.S. retail demand for its products.”

Based on economic indicators, especially consumer confidence, analysts at GM predict 2017 will bring record or near record sales for the company.

Auburn Hills-based FCA US reported year-over-year sales gains for the RAM Truck and Jeep brands throughout the whole year, through December, sales were 192,519 units, a 10 percent decrease with December 2015.

Sales of the newly-released Chrysler Pacifica saw their best sales of 2016 in December, with an 18 percent increase compared to the previous month. Four Jeep brand vehicles recorded sales increases in December, with Jeep Renegade sales up 39 percent.

FCA’s sales report did not contain any predictions or economic indicators for 2017.

Ford says its December 2016 sales rose 0.3 percent to 239,854 vehicles, their best-selling December since 2004. The company experienced a 0.1 percent overall increase and 2.6 million vehicle sales during the year. The Dearborn-based automaker reported that Ford brand sales were down 0.6 percent in December, while Lincoln luxury brand sales rose 17.8 percent. In total, Ford sales were down 0.4 percent and Lincoln sales increased 10.4 percent in 2016.

Specifically, Ford’s F-Series (which has been the nation’s best-selling truck for 40 consecutive years) totaled 87,512 units in December, attributed to strong retail demand for the F-150 and new Super Duty. Ford van sales increased three percent and SUV sales were up six percent in December, as was the Lincoln Continental, contributing to the trend that SUVs and crossovers were more popular for customers in 2016.

Ford also announced today that they will partner with Toyota to establish a SmartLinkDevice consortium, a non-profit group designed to manage open source software for smartphone app development for vehicles. The group is comprised of automakers Mazda Motor Corp., PSA Group, Fuji Heavy Industries, and Suzuki Motor Corp., as well as suppliers Elektrobit, Luxsoft, and Xevo. The goal is to increase choices for consumers in how they connect and control smartphone apps on the road.

In turn, Ford, Delphi, and AT&T today announced they are developing a new capability to enhance Vehicle-to-Anything (V2X) communications. The platform is designed to help vehicles “talk” with each other, and with smart city infrastructure, to improve safety and vehicle security, reduce traffic congestion, save money, and protect the environment.

The companies laid the foundation for the next generation of urban planning and safer driving in which autonomous vehicles will interact with connected traffic lights, roadside monitors, signage, and almost anything surrounding them.

The research developed jointly by AT&T, Delphi, and Ford can monitor traffic conditions and notify drivers over the AT&T LTE network to approaching vehicles and events. The latter includes airbag deployments, vehicle collisions, hazardous road conditions, bad weather, and wrong-way driving. The result will be fewer accidents and safer driving.