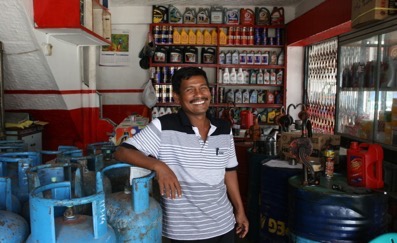 Global Detroit today gathered business and community leaders throughout southeast Michigan to begin its Champions for Growth campaign, designed to highlight the economic importance of immigrants to the metro Detroit community and to prevent erosion of the nation’s immigration laws.

“The campaign will focus on mobilizing Detroit’s immigrant potential,” says Steve Tobocman, executive director of Global Detroit. “Now more than ever, it’s so important that business and community members are working together to build strong regional policies. We need to counter immigration policies that would devastate our economic growth here in Detroit.”

Tobocman adds that recent executive orders signed by U.S. President Donald Trump have caused alarm throughout the immigrant community, as well as for business leaders and economic development advocates who work with immigrants.

Partners and leaders involved in the campaign signed and shared a pledge today asserting their belief that immigrants contribute to job creation, economic growth, and regional prosperity, and that a “strong, open, inclusive and welcoming” federal immigration policy can best create prosperity in southeast Michigan.

“We’re asking business and community leaders, as well as leaders in the immigrant and faith communities, to sign the pledge and share their stories with us and with others in metro Detroit,” adds Tobocman.