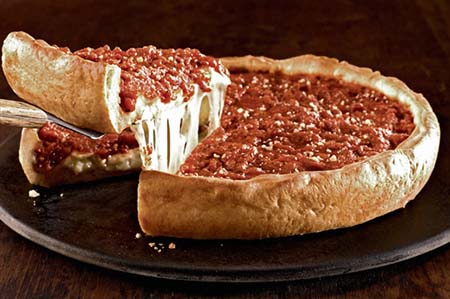 “A lot of people travel back and forth between Chicago and Detroit, so we know we have a lot of existing fans,” says Erinn Felix, spokeswoman for Giordano’s. “We’ve identified it as a market that has a ton of potential.”

Felix says Giordano’s also ships frozen pizzas across the country and has seen demand in the Detroit market. She says that’s part of the decision-making behind opening up restaurants in the region. Felix did not elaborate on the company’s plans for expansion in the area.

The restaurant first opened in Chicago in 1974 by Italian immigrants Efren and Joseph Boglio. Giordano’s now operates more than 50 restaurants, with the majority in Indiana and Illinois, and three locations in Florida.