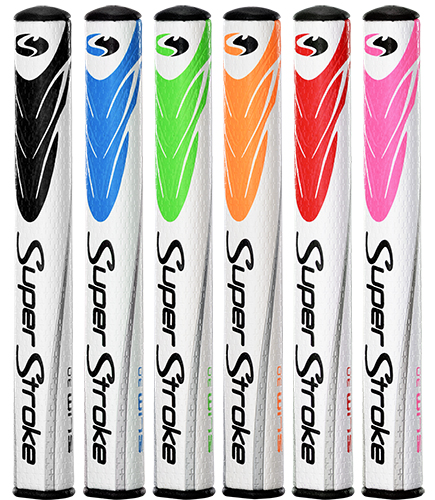 Now that SuperStroke Golf has established itself as a major player in the putter grip realm — Jordan Spieth won the 2013 John Deere Classic using one of the company’s products — the Wixom-based firm plans to break into the rest of the golf bag this year.

Dingman says he expects the product expansion to at least double the company’s revenue. “Think about the average person’s golf bag. There are 13 clubs and one putter. You can imagine how much bigger that market (for club grips) is,” he says.

Presently, the company offers two different styles of grips: the original SuperStroke and the Flatso. Both offer a parallel grip, meaning the grip offers the same diameter from the top to the bottom, rather than tapering off à la tradition grips, says Jon Luna, spokesman for SuperStroke.

“What we found through testing is that whenever you have two different size surfaces in your hand, you’re usually going to squeeze harder with the smaller surface,” Luna says. “If (golfers) squeeze a little bit tighter, they’re not going to be as consistent of a putter. Having the non-tapered grip allows them to have a little less hand and wrist tension, allowing the putter head to release a little bit better.”

Luna says the company experienced a sort of overnight success after the 2011 PGA Championship, when Jason Dufner — now a brand ambassador for the company — finished runner-up after using the product during the tournament. “That was huge exposure for us. We started off having one or two guys on tour a week using the product and now it’s 30 (to) 50 guys a week that will be putting the product in play. It’s good technology and people are winning with it.”

Most recently, the company signed on Spieth, now 20, as a brand ambassador for the Flatso grip, Dingman says. “Jordan is the youngest person in over 80 years to win on tour. He’s of the most exciting people on tour right now if you’re following golf,” he says.