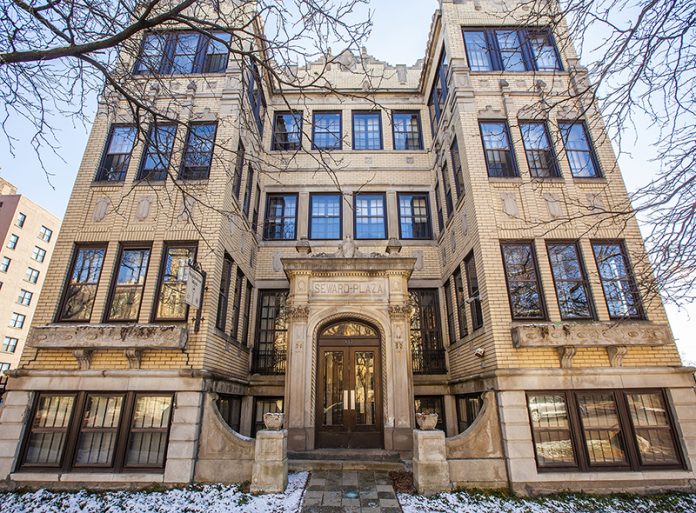 Optima Aegidius Group, a German-based investor and developer, has purchased the historic Seward Plaza Apartments building in the New Center area in Detroit for $2.6 million.

The 34-unit Seward Plaza, located at 127 Seward St., was built in 1922. It was considered a modern-looking structure for its time, and it still has “ice closets” on every floor for early refrigerator “ice boxes.” The marble entrance lobby is adorned with a Pewabic-tiled fountain.

“This is a perfect example of classic Detroit architecture and am very excited to be a part of keeping Detroit’s history alive,” says James Tumey, vice president at Friedman Real Estate in Farmington Hills, which brokered the deal. “It’s nestled perfectly between Woodward and Second Avenues on the charming tree-lined Seward Avenue.”

The 26,600-square-foot multi-family building is close to full occupancy. Contemporary upgrades to the building are planned over the next 18 months.

The architect of the building was Charles Nathaniel Agree, who also designed Belcrest Apartments in Detroit, the Holden Reptile Building at the Detroit Zoo, the Whittier Hotel, Vanity Ballroom, many Cunningham’s Drug Store locations, Winkelman’s, Federal department stores, and several malls including Oakland Mall in Troy.