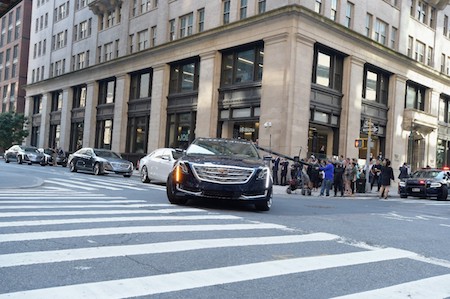 Daniel Ammann, president of General Motors Co. in Detroit, said the automaker plans to produce the bulk of the systems for its autonomous vehicle program, during a presentation Tuesday at The Wall Street Journal D.Live global technology conference in Laguna Beach, Calif.

The package of systems includes sensors, electrical components and wiring, software, LIDAR units, platforms, bodies, and interiors. The automaker says it plans to introduce a fleet of autonomous taxis in the next two to three years, and will soon begin testing self-driving cars in Manhattan, which is “the most complex driving environment” in the U.S.,” said Ammann.

“The approach that we are taking to that is to control a lot of the systems ourselves because it allows us to move more quickly,” Ammann said at the conference. “We feel pretty good with what we have. By having all those capabilities under our control and making sure we have the ability to do that is enabling us to move really quickly.”

The in-house approach is good news for the region and state economies, as GM looks to tap new and existing suppliers here to work on its autonomous vehicle program. The automaker also is in discussions with Uber to introduce fully autonomous vehicles in San Francisco in the coming months.

Over the last two years, the automaker has made sizeable capital outlays to advance its autonomous vehicle program, including investing some $1 billion in Cruise Automation Inc.; a recent acquisition of Strobe, a LIDAR technology company; launched Maven, an app-based car-sharing business; and announced a $500-million partnership with Lyft Inc. that includes Express Drive, where Lyft drivers can rent vehicles from Maven (Ammann is a member of Lyft’s board of directors).

The automaker also has started to test a ride-hauling app for self-driving cars, and for now it’s being used by GM employees. The goal is to develop the app into a commercial product.