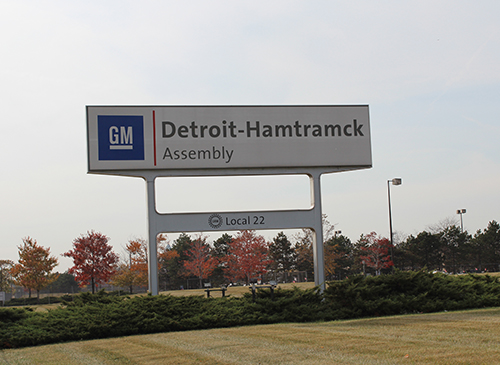 Detroit’s General Motors today announced it will close five plants in 2019 in Michigan, Ohio, Maryland, and Canada as part of a larger restructuring plan. The company expects the plan will save it $6 billion by the end of 2020.

“The actions we are taking today continue our transformation to be highly agile, resilient, and profitable, while giving us the flexibility to invest in the future,” says Mary Barra, CEO and chairman of GM. “We recognize the need to stay in front of changing market conditions and customer preferences to position our company for long-term success.”

In addition, salaried and salaried contract staff will be reduced by 15 percent, which includes 25 percent fewer executives.

The company also plans to shut two plants outside of North America by the end of 2019. This is in addition to the previously announced closure of an assembly plant in Gunsan, South Korea.

The company expects to increase capacity utilization and says it will work to improve other manufacturing costs, productivity, and the competitiveness of wages and benefits.

In the past four years, GM reported it has refocused capital to support the growth of its crossovers, SUVs, and trucks, as well as adding shifts and investing $6.6 billion in U.S. plants that have created or maintained 17,600 jobs.

GM also is focusing on engineering in advanced technologies to improve quality and speed to market, doubling resources allocated to electric and autonomous vehicle programs in the next two years. It also will boost component sharing across its portfolio, especially for components not visible or perceptible to customers; expand the use of virtual tools to lower development time and costs; integrate its vehicle and propulsion engineering teams; and compress its global product development campuses.

The automaker says it intends to prioritize future vehicle investments in its battery-electric architectures. As its current vehicle portfolio is optimized, GM expects that more than 75 percent of its global sales volume will come from five vehicle architectures by early in the next decade.

GM expects to fund the restructuring costs through a new credit facility. It predicts it will record pre-tax charges of $3 billion-$3.8 billion related to these actions, including up to $1.8 billion of non-cash accelerated asset write-downs and pension charges, and up to $2 billion of employee-related and other cash-based expenses.