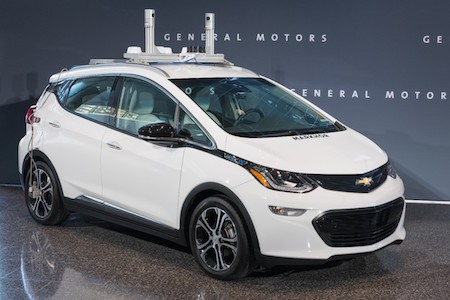 Detroit automaker General Motors Co. is investing $14 million in a R&D facility for Cruise Automation in San Francisco, which develops and test key components for autonomous vehicles. Over the next five years, the investment will create more than 1,100 new jobs, the company reports.

“Expanding our team at Cruise Automation and linking them with our global engineering talent is another important step in our work to redefine the future of personal mobility,” says Mary Barra, chairman and CEO of General Motors.

“Self-driving technology holds enormous benefits to society in the form of increased safety and access to transportation. Running our autonomous vehicle program as a start-up is giving us the speed we need to continue to stay at the forefront of development of these technologies and the market applications.”

The investment includes repurposing an existing facility in San Francisco that will more than double Cruise Automation’s R&D space. The team plans to move into the renovated space by the end of the year. California Governor Jerry Brown’s Office of Business and Economic Development allocated an $8 million tax credit to GM for this expansion.