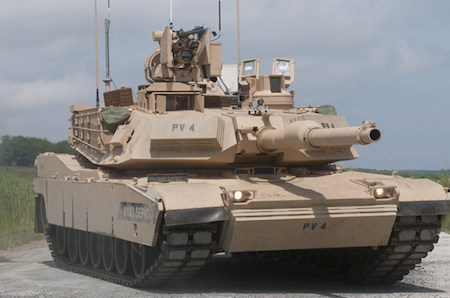 The company will design and integrate multiple engineering changes into the Abrams M1 A2 System Enhancement Package Version 3 (SEPV3), creating a SEPV4 and further modernizing the tanks to boost the platform’s capabilities, says James Jahnke, a spokesman for the company.

Abrams main battle tanks are produced at the Joint Systems Manufacturing Center in Lima, Ohio. The first contract for $311 million is for SEPV4 upgrades, which include the commander’s primary sight, an improved gunner’s primary sights and enhancement to sensors, lethality, and survivability. General Dynamics Land Systems will deliver seven prototype M1A2 SEPV4 tanks to the Army. The work will be performed in Sterling Heights, Lima, Scranton, Pa., and Tallahassee.

The second contract of $270 million will be to produce 45 Abrams M1A2 SEPV3 tanks. The first pilot vehicles, which feature technological advancements in communications, reliability, and fuel efficiency and upgraded armor are expected to be produced this fall. Work will be performed in Lima, Scranton, Tallahassee, and Anniston, Ala.